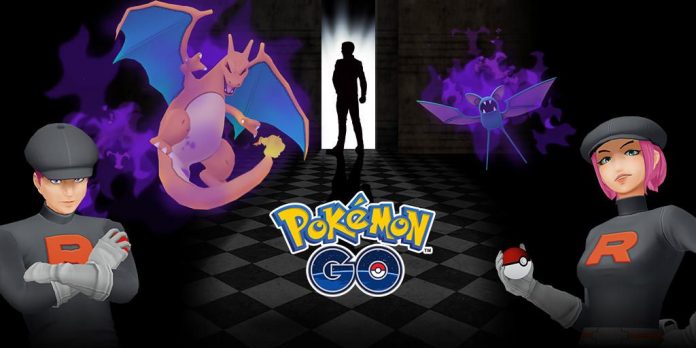 Pokemon Go brought Team Rocket trouble in its latest update, and you can take them on in battle. By defeating them, players catch newly added Shadow Pokemon in the augmented reality (AR) mobile app game. You can battle grunts at some PokeStops, which will appear on your map as black and warped instead of light blue.

Shadow Pokemon also have a dark aura, use the attack Frustration and look pretty darn cool. Once you beat a Team Rocket grunt — using the cool, new trainer battle mechanics — and capture the abandoned Pokemon, you can use Stardust and Candy to purify it, which brings it back from the dark side and raises its stats.

It also replaces the Frustration charged attack with Return, a move exclusive to purified Pokemon. You’ll be able to spot the Shadow and purified ones in your storage because of the dark and bright icons next to them. You also can’t trade Shadow Pokemon with your friends.

“Purified Pokemon have been found to be stronger than their normal counterparts due to the gratitude they feel toward the Trainer who saved them,” an in-game announcement said.

Lucky players might get a shiny Ekans and Koffing in the wild, in raids or from an egg.

The update also brings Team Rocket-themed “A Troubling Situation” Special Research, which rewards you for completing various tasks. It seems pretty straightforward, with most of the objectives relating to beating Rocket Grunts, then catching and purifying the Shadow Pokemon. Completing them nets you XP, Stardust and some rare items.

On Wednesday, Pokemon Go developer Niantic revealed that Psychic/Fairy-type Ralts will take center stage on its next Community Day, Aug. 3.

Colman Ma - September 18, 2018
0
Bitdepositary Creates an Innovative New Funding Community for ICOs that Stops Scams This is a paid-for submitted press release. CCN does not endorse, nor is responsible...