Director Taika Waititi will direct a fourth Thor movie, his representative confirmed on Tuesday. Waititi directed 2017’s Thor: Ragnarok, and the star of that film, Chris Hemsworth, is expected to return as the God of Thunder/Avenger. There’s no date yet, and very little additional info, about the new Thor film.

In addition to directing and writing Thor: Ragnarok, Waititi played the alien Korg in both that film and in 2019’s Avengers: Endgame.

But what’s good news for Thor fans may be disappointing info for fans of the Japanese manga Akira. Waititi was set to direct a 2021 film based on that manga, according to The Hollywood Reporter, but the Thor news will delay Akira “indefinitely.” 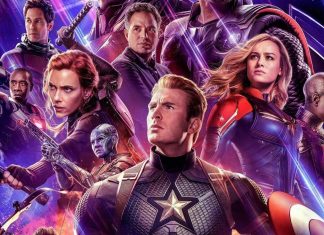 Po-Yin (Paul) Cheng - March 15, 2019
0
The new trailer for Avengers: Endgame, which Marvel Studios released Thursday, offers a few more hints of our next trip to the Marvel Cinematic Universe on...