T-Mobile didn’t immediately respond to a request for comment, but as of 3:20 p.m. PT, there were around 14,500 reports of the service being out, according to Down Detector. Most of those reports were coming from Philadelphia; New York City; Washington, DC; Newark, New Jersey; Chicago; Houston; Providence, Rhode Island; and Baltimore.

“Anyone else experiencing a @TMobile outage in NY? My family and I can’t make calls,” one customer tweeted at 2:23 p.m. PT.

“@TMobile outage in the DC metro? Can’t place any calls,” another tweeted at 2:15 p.m. PT. “They sent me a PM to use wifi but that still does not work.”

“Is there an outage somewhere in the Philadelphia or Southeastern PA area? for some reason, calls will not go through between me and my family’s cell phones.  but texts are going through fine,” someone tweeted at 2:27 p.m. PT.

West Coast customers appear to be unaffected by the outage.

Verizon customers were only impacted when trying to call customers of other networks experiencing issues, a spokesperson explained in an email. Verizon added it had only very minimal outages that were related to Hurricane Dorian, and those were limited to one area of Outer Banks, North Carolina.

AT&T confirmed it had no outage, but was aware of another provider being down.

As of around 3:45 p.m. PT, T-Mobile customers reported their services being restored.

Sprint didn’t immediately respond to a request for comment.

Hackers have been quietly stealing gigabytes of call…

Colman Ma - September 19, 2018
0
20% of Coinbase Trades are Made by the Cryptocurrency Exchange Itself When trading on a cryptocurrency exchange, investors have little-to-no information about the person trading...

Bitcoin Will Rebound, But Altcoins are ‘Never Coming Back’: BitPay Exec. 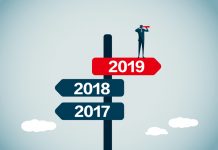