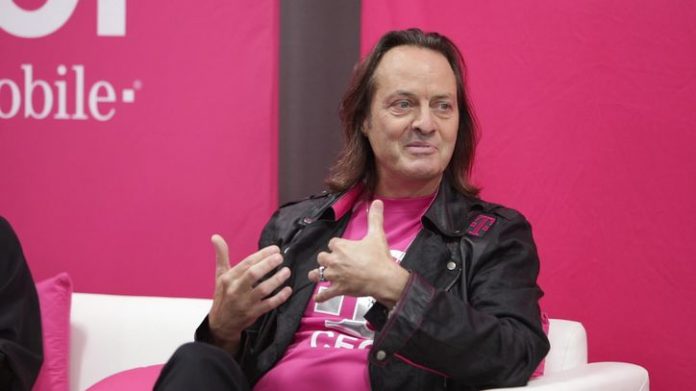 Legere on Friday shared his thoughts about the $26 billion deal to merge the nation’s third- and fourth-largest wireless providers, responding to critics and calling for support on the deal.

“Opponents are weighing in, too. We hear them,” Legere wrote in a blog post. “They’re buzzing around with a lot of inaccurate claims and made up data. They are trying to scare people away from the creation of a supercharged Un-carrier!”

T-Mobile and Sprint announced the deal in April, saying it would create a stronger competitor against Verizon and AT&T. The two companies have said the merger will create jobs, lower prices for customers and speed up the deployment of 5G networks. Critics have said the mergers will eliminate redundant jobs and the prices could still potentially go up.

“We are not going to let anyone stand in front of what we are trying to accomplish,” wrote Legere. “At its core, combining Sprint and T-Mobile is about the promise of delivering a transformative and nationwide 5G in the next few years.”

Legere said the merger is moving forward positively and that it has approval from 16 of the 19 needed state utility commissions.