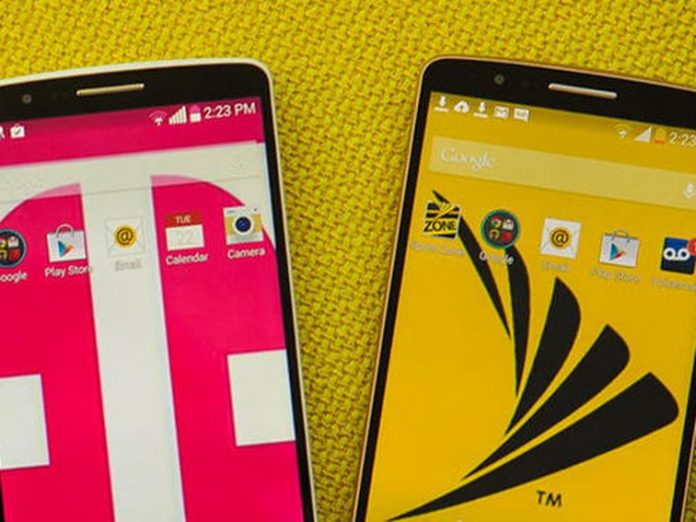 After more than a year of regulatory battles, T-Mobile’s $26.5 billion takeover of Sprint is happening. Justice Department antitrust head Makan Delrahim announced Friday that the DOJ will approve the deal because T-Mobile parent Deutsche Telekom signed an agreement to sell off several Sprint assets to Dish Network, creating a new nationwide wireless carrier.

Under the agreement, Dish will acquire Sprint’s 800Mhz wireless spectrum, Sprint’s prepaid brands — Boost, Virgin Mobile and Sprint prepaid — and their combined 9.3 million customers, as well as network agreements that will allow Dish to use T-Mobile’s network for seven years while it builds out its own 5G network.

The move will enable the satellite TV provider to quickly enter the wireless business by accessing T-Mobile’s network. T-Mobile, meanwhile, will combine with Sprint to create a much tougher competitor for AT&T and Verizon in the US wireless market.

At the close of the deal, which T-Mobile says it expects will be in the second half of 2019, Sprint’s prepaid businesses and customers will “immediately move to Dish, as will the more than 400 employees and nationwide independent retail network that supports more than 7,500 retail outlets,” Dish said in a statement.

Exactly when Dish will enter the market, however, is currently unclear as it needs to wait on the completion of the T-Mobile-Sprint merger before it can take on the divested assets. The company, however, says that it will have a “5G broadband network capable of serving 70 percent of the U.S. population by June 2023.”

The deals will reshape the wireless industry in unexpected ways. T-Mobile has argued that its combination with Sprint will supercharge its deployment of 5G across the country, as well as expand its customer reach and scale to match the Big Two: AT&T and Verizon. T-Mobile will be keeping Sprint’s 2.5Ghz spectrum, the radiowaves Sprint is already using to deploy 5G in five cities across the country.

The deals also allow Dish to jumpstart its wireless ambitions, although it’s unclear just how competitive it will be against the more entrenched players.

T-Mobile, meanwhile, gets the size and customer base to better compete with its larger rivals. The telecom business has been dependent on scale, with a larger subscriber base funding investments in network upgrades.

“With this merger and accompanying divestiture, we are expanding output significantly by ensuring that large amounts of currently unused or underused spectrum are made available to American consumers in the form of high quality 5G networks,” said Delrahim.

“Today’s settlement will provide Dish with the assets and transitional services required to become a facilities-based mobile network operator that can provide a full range of mobile wireless services nationwide.”

Dish has long sought to enter the wireless business. It’s been accumulating billions of dollars’ worth of wireless airwaves in recent spectrum auctions, facing a deadline of March 2020 to put that to use or risk losing its license. Dish previously said it was working on a narrowband wireless network for “internet of things” devices — such as smart thermostats, energy meters, traffic lights and security systems — although that network isn’t designed for mobile phones and tablets.

As part of the deal it made with the DOJ and T-Mobile, Dish says that it has “requested that its spectrum licenses be modified” to reflect its new promise of deploying a 5G network that covers by 70 percent of the population by June 2023.

Dish has made plenty of promises for an eventual wireless 5G network. But through the T-Mobile deal it will be able to offer wireless calling, texting and data services on the combined T-Mobile-Sprint network while it builds out its own service.

Dish could follow in Sprint’s footsteps with aggressive offers to try to court subscribers away from the new Big Three, but that play didn’t work out for Sprint in the long term. But in recent years, both Sprint and T-Mobile put pressure on AT&T and Verizon with unlimited data plans, cheaper monthly rates and bundles that added subscriptions to services such as Netflix, Hulu, Spotify, Tidal and Amazon Prime.

Friday’s “developments are the fulfillment of more than two decades’ worth of work and more than $21 billion in spectrum investments intended to transform DISH into a connectivity company,” said Dish co-founder and chairman Charlie Ergen in a statement. “Taken together, these opportunities will set the stage for our entry as the nation’s fourth facilities-based wireless competitor and accelerate our work to launch the country’s first standalone 5G broadband network.”

While the DOJ decision smooths the path for the T-Mobile-Sprint deal, it’s not signed, sealed and delivered just yet.

Thirteen state attorneys general, as well as the District of Columbia, have filed a multistate lawsuit to block the T-Mobile-Sprint deal on the grounds that it will lead to higher prices and less competition. Although the new agreement paves the way for Dish to replace Sprint as a fourth wireless carrier, it remains to be seen whether the states will continue to pursue their legal action.

In addition to brokering a deal between T-Mobile and Dish, the DOJ also reached a settlement with five state attorneys general offices: Nebraska, Kansas, Ohio, Oklahoma, and South Dakota.

It has not yet reached an agreement with New York or California, which are leading the lawsuit against the merger. In a statement released by New York Attorney General Letitia James the group of 13 states, as well as the District of Columbia, reinforced their opposition to the deal, citing Dish’s previous broken promises and its reliance on using T-Mobile’s network for “for the foreseeable future.”

“The promises made by Dish and T-Mobile in this deal are the kinds of promises only robust competition can guarantee,” said James in a statement. “We have serious concerns that cobbling together this new fourth mobile player, with the government picking winners and losers, will not address the merger’s harm to consumers, workers, and innovation.”

“A marketplace with fewer active competitors drives up costs, reduces consumer choice and thwarts innovation,” said California Attorney General Xavier Becerra. “We intend to be prepared to go to trial to fight for a fair, competitive, and equitable marketplace for consumers nationwide.”

The California Public Utilities Commission also needs to give its blessing to the deal, and a report Wednesday said that cable giant Charter wanted to bid on Sprint assets but never heard back from the DOJ. It’s unclear what possible implications that news might have on T-Mobile’s deals with both Sprint and Dish.

There’s also the wrinkle of having to integrate two networks with different technologies. T-Mobile has a mixture of 5G, 4G LTE and 3G based on GSM technology. Sprint, meanwhile, has 5G, 4G LTE and a 3G technology called CDMA.

Working in the companies’ favor: Many popular 4G handsets, including recent iPhones and Galaxy phones, pack support for both carriers’ networks. Google’s Project Fi already seamlessly switches between T-Mobile and Sprint for its mobile service.

But we’ve also seen what happens when integrations aren’t handled properly. Sprint disastrously tried to straddle both network technologies when it merged with Nextel in 2005. T-Mobile faced a similar scenario when it purchased MetroPCS, which also used CDMA technology. But under T-Mobile Chief Technology Officer Neville Ray, T-Mobile smoothly transitioned customers off the old network.

This will all, of course, be happening at a much larger scale with Sprint, which has 54.5 million customers to go with T-Mobile’s 83.1 million. 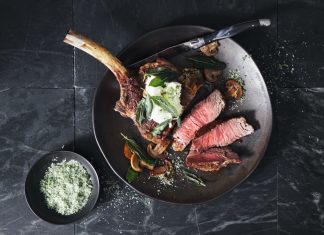 The 38 Best American Restaurants into Visit at 2018

Colman Ma - November 20, 2018
0
Getty ImagesIt'll take at least a year to enter the majority of the luxury restaurants named with this season's listing of... 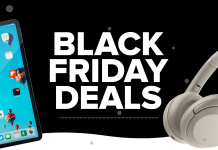