For anyone craving more Stranger Things, an update to Dead by Daylight will unleash a Demogorgon on you. The multiplayer horror game will also incorporate Stranger Things characters Nancy and Steve and a map located under the Hawkins National Laboratory.

Netflix tweeted Monday about its Stranger Things crossover with Dead by Daylight. A teaser trailer showed the monster from the series and a quick security video of Nancy and Steve screaming for help as they run away. The Stranger Things Chapter will come to Dead by Daylight on PC and consoles in September. Developer Behaviour Interactive says it will cost $11.99.

Netflix offered a clue about the crossover on Saturday when it tweeted a collage of images from the show. Clever fans recognized that taking one word from each text included with the image would create the title Dead by Daylight.

Dead by Daylight is an asymmetric multiplayer game in which four players team up against one player who controls an overpowered character. There are different scenarios in which the team of four must complete certain tasks in order to escape the Killer, who is controlled by the single player. Since it’s a horror game, Behaviour Interactive will occasionally include pop-culture icons such as Freddy Krueger, Leatherface, Michael Meyers and Ghost Face from the Scream series.

As the case with the previous packs, both the killers and survivors have their own perks, which are temporary buffs to the character that allows them to heal faster, see the enemy or move quickly. It also appears that Steve’s Scoops Ahoy sailor outfit will make an appearance.

Stranger Things season 3 had its own companion video game, but it’s not nearly as good as the latest season. 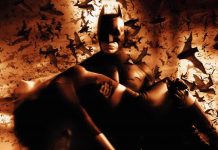