Another antitrust investigation will be kicked off against US tech giants, according to a report, this time coming from a group of state attorneys general. Citing sources, The Wall Street Journal reported Monday the probe could be launched in September and could look into whether companies like Google, Facebook and Amazon use their power to stifle competition in the market.

It follows the Department of Justice last month announcing its own antitrust review of how online platforms achieved market power and whether they are using that power to reduce competition and stifle innovation. And that investigation followed the Federal Trade Commission in February forming a task force to monitor competition among tech platforms.

What’s going on at Google?

“A dozen” state attorneys general met with officials from the Department of Justice in July to discuss the investigation, the report said.

The Justice Department didn’t immediately respond to a request for comment. Google pointed to its antitrust testimony from last month before the House Committee on the Judiciary, when it said it has “helped reduce prices and expand choice for consumers and merchants.” Facebook and Amazon declined to comment.

“The department’s review will consider the widespread concerns that consumers, businesses, and entrepreneurs have expressed about search, social media, and some retail services online,” the Justice Department said on July 23.

US tech giants have also faced recent antitrust scrutiny in Russia, the EU and Australia. 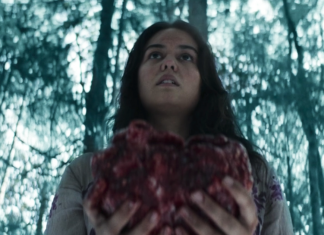