Star Wars Episode 9: The Rise of Skywalker looks to be ending the nine-film Skywalker saga with Jedi battles, ships and whatever the heck is going on with the apparent return of Palpatine if that poster is anything to go by! During the panel we also heard more about Carrie Fisher’s involvement, and what Keri Russell thinks of finally starring in a Star Wars film.

New footage from the film debuted during Disney’s D23 event in Anaheim, California, showcasing Daisy Ridley‘s Rey and Adam Driver‘s Kylo Ren engaged in a fight on floating debris in a rising tide. Rey will also rock a brand-new double-bladed red lightsaber, which first looks like she’s holding one blade, but she then flips it out to reveal there are TWO red lightsabers joined in the middle.

Above the fight are Star Destroyers and X-wings all throughout the skies. And according to a StarWars.com blog post, Darth Vader’s breathing is also heard during the footage.

The new footage could be hitting the internet as early as Monday, according to Entertainment Weekly. A poster also debuted during the panel.

The panel included several new details about the movie, including Keri Russell’s Zorri Bliss being defined as “very cool and a little bit shady,” according to the actress. Russell added that she loves her character’s costume and barely took it off for the first two days she had it.

“I wore it the whole time, but I found it incredibly, strangely empowering and exciting,” Russell said. And while her role is new to audiences, she’ll apparently be an old friend to Poe Dameron (Oscar Isaac).

Director Abrams talked about the impact of Fisher both onstage and after the panel, describing her as “very alive” in Star Wars 9. 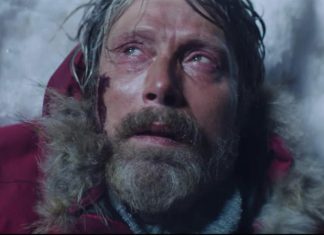 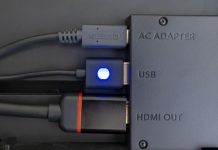