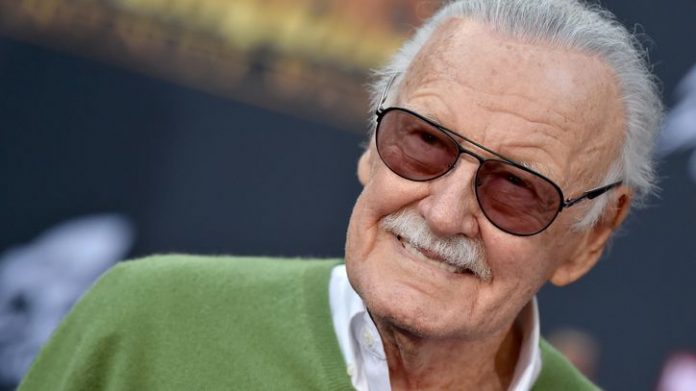 When comic book legend Stan Lee died in 2018 at 95, fans worldwide mourned his passing and celebrated his life. But even death can’t keep Lee from winking at his fans from the great beyond.

Spoiler warning: This article contains light plot details from Captain Marvel. Scroll past the below photo if you don’t mind.

When Captain Marvel hit theaters on Friday, fans could spot Lee riding a city bus, happily reading a script for the 1995 Kevin Smith film Mallrats, in which Lee had a cameo playing himself.

“Just saw Captain Marvel; I am a blubbering mess,” Smith wrote in his Instagram post on Friday. “After a lifetime spent referencing the movies, the movies just referenced me! Many thanks to Marvel Studios, Ryan Fleck, Anna Bodin, and to my friend Stan Lee for the cinematic shout-out!”

“But if I’m now part of the Marvel Universe, I have only one question: Did I survive The Snap?” Smith joked.

Lee’s previous movie cameos are legendary. Whether he’s a security guard in Captain America: Winter Soldier, a wedding crasher in Fantastic Four: Rise of the Silver Surfer or a clueless librarian in The Amazing Spider-Man, fans have always had fun spotting the white-haired comic book icon in Marvel movies.

This Captain Marvel cameo of Lee is significant because it’s the first MCU cameo where he plays himself, and not a security guard, bus driver or FedEx delivery man.

Then again, Lee could just be playing the same character who just happens to have a lot of different jobs.

There’s no final answer yet on whether this new Captain Marvel cameo means Lee will play himself in future posthumous cameos in the MCU, but then again maybe that doesn’t matter.

“Stan Lee clearly exists above and apart from the reality of all the films,” Marvel Studios President Kevin Feige said in 2017 of Lee’s many Marvel cameos.

For now, fans will just have to wait and see what Lee will be up to in Avengers: Endgame when it hits theaters worldwide on April 26.