Spider-Man is caught in a tangled web. On Tuesday, Deadline reported that the deal between Marvel and Sony, allowing Spider-Man to show up in the Marvel Cinematic Universe as well as in solo pictures for Sony, could be ending.

Details aren’t clear. At first, neither Marvel nor Sony representatives would speak on the record about the deal, for which negotiations may not yet be completed.

Later on Tuesday, Sony came out with a statement saying that recent discussions about Marvel Studios president Kevin Feige’s involvement in the franchise had been “mischaracterized,” and that it was Disney’s — not Sony’s — decision not to have Feige serve as a lead producer for the next Spider-Man film.

The short version: It appears that Tom Holland, who’s played Spidey in two stand-alone Sony films as well as the recent Avengers: Infinity War and Avengers: Endgame, will continue to play the webslinger — for Sony, but perhaps without that MCU connection fans so enjoyed.

Anything that relates to Marvel movies is hot these days, so fans naturally had opinions.

Even Jeremy Renner, who plays Hawkeye in the MCU, weighed in. “Hey Sony Pictures, we want Spider-Man back to Stan Lee and Marvel please, thank you,” the actor tweeted. In just two hours, his message was retweeted more than 16,000 times and liked more than 38,000 times.

Fans responded to Hawkeye taking aim at the issue.

Other fans also had things to say.

“I’m sorry, I’m trying to imagine the 3rd Spidey film with it completely ignoring the MCU, and just pretending that Spider-Man was never a part of Marvel,” wrote one Twitter user.

Some even used the same video clip.

Holland’s Spider-Man and Robert Downey Jr.’s Iron Man developed a sweet relationship (uh, spoilers for Avengers: Endgame ahead). And Spider-Man seemed primed to step up into Iron Man’s gigantic metal boots as a real leader. But if Spider-Man’s no longer going to cross over into the MCU, will that “next Iron Man” label just be dismissed as drunk talk?

But not everyone thought this was planet-crushing bad news. 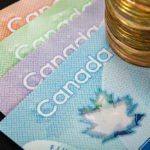 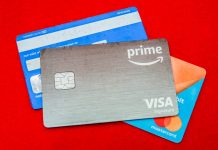