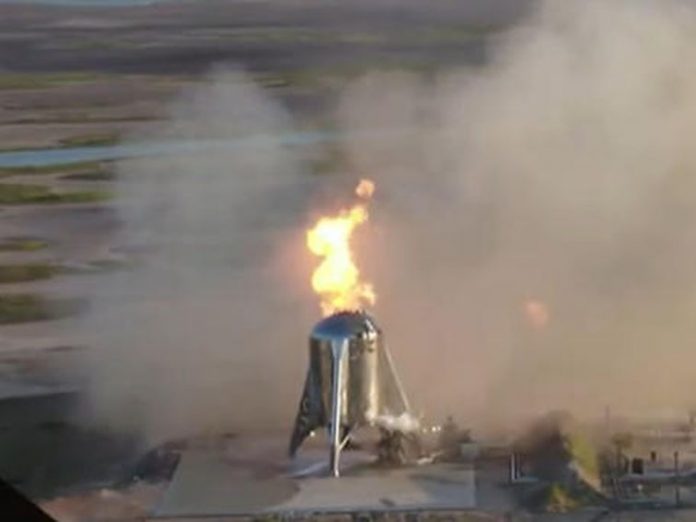 One short hop for Starship. One big step for SpaceX: Elon Musk’s next-generation spacecraft moved forward in its development when Starhopper, a prototype meant for takeoff and landing tests, took its first untethered jump under the power of a Raptor engine.

The hop took place at a SpaceX facility in Boca Chica Village, Texas late on Thursday night. Musk took to Twitter to announce the test’s success.

Thursday’s test, which aimed to reach 20 meters (65 feet), comes one day after SpaceX called off a previous hop opportunity. While the company livestreamed that effort, it didn’t have a public feed available for the real test. Fortunately, space aficionados were camped out nearby to film the proceedings.

Everyday Astronaut had one of the better views of the hop test, but it still looked mostly like a giant orange cloud, though it seems the hopper’s shiny dome could be seen rising above the noise. When the dust settled, Starhopper had moved noticeably over from where it started.

The test kicked off a brush fire, which rapidly spread around the launch area. Fire crews weren’t able to immediately move into the area.

The hopper prototype is the first in what is expected to be a line of Starship vehicles. SpaceX hopes to test out an orbital version by the end of the year. Musk has grand plans for Starship, including flying a group of artists around the moon in 2023 and eventually taking humans all the way to Mars.

The hop is a fun milestone, but it will take a lot more work to get this new spacecraft into space.

Musk is certainly looking up. He tweeted the next hop should happen within a week or two and will aim to reach over 650 feet (200 meters) off the ground. Hopefully that test will happen in daylight so we can better see what’s going on. 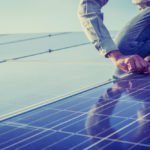 Twitter may have shared your data with ad partners without consent