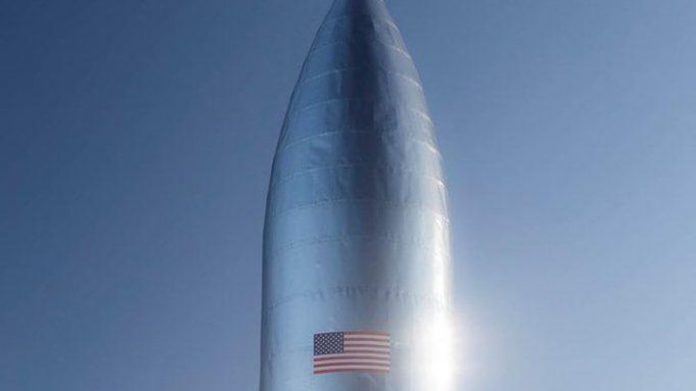 SpaceX might be hot off its triumphant NASA test flight of the Crew Dragon capsule to the ISS, but Elon Musk’s company is still looking toward the moon and Mars.

A Texas resident named Mary (who goes by bocachicagal) has been documenting the goings-on at SpaceX’s Boca Chica Village launch site. She snapped a photo of the uncrated Raptor engine on Monday and shared it on the NASASpaceFlight.com discussion forum.

Musk teased the engine’s arrival last week, saying the hardware was on its way to the “hopper” ship, which will be used to test takeoffs and landings. The SpaceX founder expects the Raptor will be mounted to Starship sometime this week.

First up will be a short static fire test of the engine, The Brownsville Herald reports. The vehicle will be tethered and the tests won’t be visible to the public.

Some recent images of the hopper prototype without its elongated nose cone section appeared on NASASpaceFlight.com, so it looks like the first tests may not include the nose. High winds in January knocked the top section off of the Starship.

Starship is designed to pair up with SpaceX’s Super Heavy rocket, which is currently under development. Musk said the rocket could use up to 31 Raptor engines, but initial flight tests would involve fewer engines in case it blows up. Starship itself can accommodate seven Raptor engines.

Musk recently shared video footage in February of a Raptor test firing, saying the engine had achieved the power level needed for Starship and Super Heavy. SpaceX hopes to use the combination to send tourists around the moon as early as 2023.