Mars is a planet of many textures. Images taken by orbiting spacecraft show us the depth and breadth of the red planet’s funky landscapes that evoke thoughts of shag carpets and spiders. So anybody up for some Mars ice cream?

The European Space Agency and Roscosmos ExoMars Trace Gas Orbiter caught sight of a frosty-looking section of ground in the region of the planet’s north pole.

The spacecraft’s CaSSIS camera snapped a squiggly collection of dunes with darker patches showing through. It looks like a close-up of cookies-and-cream ice cream.

The orbiter captured the view in late May. There’s an intriguing seasonal process on display here. This area of Mars is covered in carbon dioxide ice during the planet’s winter. When spring hits, the ice turns into vapor from below the surface.

“As the ice cracks, this gas is released violently and carries sand with it, forming the dark patches and streaks observed in this CaSSIS image,” said ESA in a release on Monday.

While this section of the planet might look delectable, don’t bother packing an ice cream scoop when you book your SpaceX trip to Mars. We’ll probably stick to the warmer areas of the planet when we finally get humans out there for a visit. 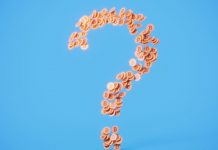 The UK’s Push for a Future in Crypto: This Week’s Top...