The U.S. Securities and Exchange Commission (SEC) has halted trading of two foreign cryptocurrency investment products, including one that investors commonly referred to as the “Swedish bitcoin ETF.” SEC Leashes Bitcoin & Ethereum Investment Products The SEC announced the temporary trading suspension on Sunday, while U.S. markets were closed for the weekend, claiming that “there

Netflix documentary series Diagnosis uses the internet to save lives 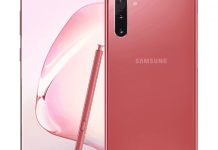