The sun, at about 1.4 million kilometers wide, is a huge ball of plasma at the center of our solar system. We’ve studied it for millennia, dating back to ancient history, and now we’re even sending probes to touch it. One of the most intriguing aspects of the sun is how its magnetic field influences the entire solar system. Researchers at the University of Wisconsin-Madison wanted to better understand this process and so they went full Hollywood mad scientist and built their own “mini-sun.”

Their creation, which won’t be used for evil and is detailed in the journal Nature Physics on July 29, is millions times smaller than the real deal at just 3 meters wide and looks kind of like a human brain being probed with wires and steel.

They’ve dubbed it the Big Red Ball. The researchers pump in helium gas (which is present in the actual sun) and turn it into plasma. A magnet at the center of the Ball creates a magnetic field and once the team applies an electric current to the machine it accurately mimics how the real sun’s plasma and magnetic fields usually operate.

NASA’s Parker Probe: Everything you need to know about…

“Satellite missions have documented pretty well where the fast wind comes from,” said Ethan Peterson, lead author on the study and a graduate student at UW-Madison, in a press release. “We were trying to study specifically how the slow solar wind is generated and how it evolves as it travels toward Earth.”

In addition, the researchers also identified plasma “burps,” which are huge ejections of plasma that stream out of the sun and sometimes fuel the solar wind. With probes inside the Ball monitoring the work, the team could see how they moved and how fast the plasma was spinning.

“These ejections are observed by satellites, but no one knows what drives them,” Peterson said. “We ended up seeing very similar burps in our experiment, and identified how they develop.”

The Big Red Ball’s experiments are designed to complement the existing missions to better understand the sun. NASA’s Parker Solar Probe is currently circling the solar system’s big ball of gas, hoping to unravel more of the mystery’s surrounding its atmosphere and the solar wind. Other researchers are getting in on the fun in the sun too, with a team last week reporting “terminator” events across the sun cause plasma tsunamis. 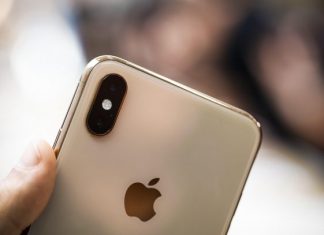