Even in blockchain-friendly jurisdictions, regulatory hurdles and old-fashioned mindsets are holding back innovation and growth for the industry.

At least, that’s the conclusion you might have drawn from some of the talks at the Concordia Summit in New York Monday. The event, taking place alongside the United Nations General Assembly, included a special track devoted to blockchain discussions.

For example, so-called sandboxes may help both regulators and startups to work out new practices and come to terms about specific issues. Yet even they seem too cumbersome to some industry leaders.

“One of the problems of the regulatory sandboxes: yes, they are the way to allow companies to innovate, but if I want to mitigate the risks, and if I see that it’s going to take me two times, three times longer because of the regulator, it’s limiting the innovation,” Sam Cassatt, chief strategy officer of the ethereum production ConsenSys, remarked.

Further, while Singapore was praised as a forward-thinking jurisdiction, its openness to blockchain businesses has apparently not trickled down to the Pacific city-state’s regulated financial institutions.

“There is no question about the innovation and forward thinking there, but the challenge is the banks,” said Michael Moro, CEO of Genesis Trading, a New York-based market maker in digital currencies, sharing impressions from a recent Singapore trip. “We can have not a single bank account in Singapore because we touch crypto.”

He described similar hurdles for young companies in the United States as well.

“Because we’re compliant with the SEC and FINRA, we spend $2 million to $3 million a year on compliance costs, but if you’re a startup you can’t afford it,” Moro said.

‘We gotta change the rules’

Yet the person who perhaps stole in the show in their advocacy for a more agile regulation was Eva Kaili, a member of the European Parliament representing Greece.

During Monday’s event, Kaili unapologetically supported a lighter approach to regulation that wouldn’t impair the growth of innovation, telling the audience:

“One thing that we have in the E.U. and the U.K. — we have too many regulations that can at least delay the innovation. In blockchain, we tend to move very fast.”

The current state of the European financial system is looking more and more insufficient to the continent’s governments, she went on to say, especially the number of transaction fees accumulating across the banking system. Next week, the European Commission is expected to adopt a resolution on blockchain and distributed ledger technology, initally passed by the European Parliament in May.

The resolution seeks to define the future regulatory framework for the businesses related to distributed ledger technology (DLT) and suggests the allocation of approximately 340 million euros to support pilot public projects in the E.U. between 2018 and 2020.

Kaili recalled the time when European regulators were discussing what they should do with so-called sharing economy startups like Uber and AirBnB.

“Uber does not follow the rules — we just have to ban it,” was one of the ways to think about it, she said, but such a stance makes the pursuit of innovative business models impossible.

“If it’s a fraud, it’s a fraud. If it’s not a fraud but it’s not following the rules, we gotta change the rules,” she said, adding that “we don’t have an excuse not to explore the opportunities this technology gives us to solve global problems.”

And regulators themselves may find that blockchain helps them do their own jobs better, according Blythe Masters, founder of enterprise DLT startup Digital Asset.

“The notion of a regulator being able to have a wide real-time visibility into the transactional status of the market without having to subpoena 18 different broker-dealers in order to aggregate, after the fact, the activity on one beneficial owner — it’s extremely attractive,” said Masters, a former JPMorgan Chase executive who pioneered credit derivatives in the 1990s.”

“There are a lot of real benefits for regulators.”

Photo of (left to right) Michael J. Casey, Sam Cassatt and Eva Kaili at the Concordia Summit, via Anna Baydakova for CoinDesk. 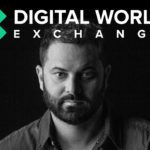