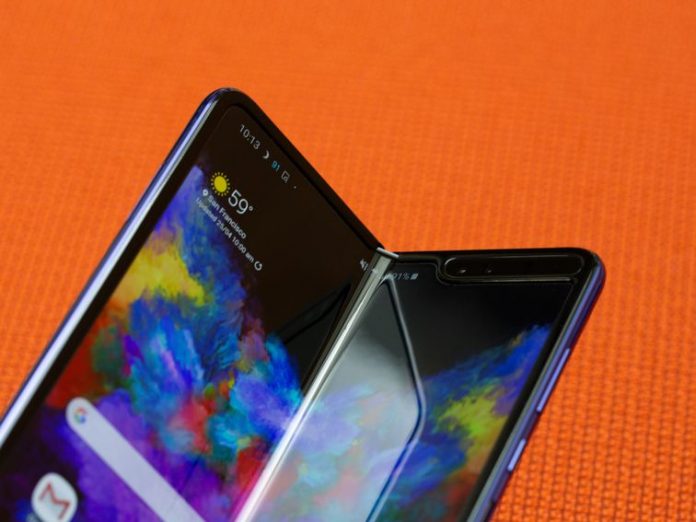 If you don’t quite remember what was happening on April 26 of this year, I don’t blame you — it was a pretty long time ago. To jog your memory, it was Arbor Day, National Pretzel Day, Good Friday and the end of Passover. Avengers: Endgame opened in theaters. Joe Biden announced his candidacy for president and Taylor Swift released her single ME! The hyped-up Galaxy Fold was supposed to go on sale that day. But after some journalists discovered problems with the phone’s folding screen in their pre-production models, Samsung delayed its launch.

Samsung was wise to do this because it would have been a disaster if consumers got their hands on the Galaxy Fold before it was ready. I would be angry and frustrated had I paid $1,980 for a phone only to have it break a couple of weeks later. All in all, it took Samsung three months to fix and improve the Fold. To be exact it was 89 days from when it was supposed to go on sale to when Samsung announced that consumers will be able to get one sometime in September.

But the Galaxy Fold wasn’t the only gadget to be rescinded by a major company this year. On March 29, about a month before Samsung delayed the Fold, Apple put the kibosh on its much hyped AirPower wireless charging mat. Apple first teased the charging pad during the launch of the iPhone X all the way back in September 2017 and slated it to go on sale by the end of 2018. But that didn’t happen and the company decided to cancel the product altogether. For a company known for its meticulousness, the media was quick to describe this blunder as “embarrassing” and “unprecedented.” Even CNET identified the incident as one of Apple’s worst failures of all time”.

Samsung and Apple are both guilty of generating Kickstarter-style hype to sell us on a product before they can actually sell the product. While I can’t begin to imagine the complex engineering and problem-solving required to get a phone screen to fold without breaking, or design an efficient charging pad that can juice up different devices all at the same time, I had to believe that if any companies could do that it’d be Samsung and Apple, respectively. For starters, these aren’t obscure startups looking for funding — they are multi-billion dollar companies with tons of resources and a history of successful products. Heck, Apple has more money than the US Treasury. And second, I believed them because they told us they were going to make these products.

True, there are some differences between what Samsung and Apple did. Apple teased a product and put a red circle on the calendar when it thought the product would be ready. It was disappointing when it was canceled because people were genuinely excited about it. An excitement, I should point out again, that was whipped up because Apple teased the product before it was ready.

But Samsung did something much worse. It put the Galaxy Fold in the hands of reviewers before it was ready and began pre-orders for consumers. But it wasn’t before it was willing to take two grand from some eager early adopters — which it eventually had to return — that Samsung announced that the Fold would be delayed. Either Samsung knew it was rushing the Galaxy Fold out the door, or that the company thought the phone was ready to go only to discover it had some serious flaws. It is particularly alarming if the latter is true because only a few years ago Samsung recalled all Galaxy Note 7 phones over batteries that failed and caught on fire. At least Apple had the foresight or conservatism to cancel AirPower altogether instead of shipping a faulty product.

People try the Galaxy Fold for the first time

This problem certainly extends beyond Samsung and Apple, but they are the most egregious and high-profile examples of how companies are happy to sell us an idea before it’s fully baked, inevitably causing more headaches for users when the idea backfires. I review phones, and I can’t tell you how many times I had a phone with software that wasn’t fully ready for review.

Crowdsourcing sites like Kickstarter and IndieGoGo are happily building momentum around vaporware, or products that have no guarantee of coming to light. Consumers are basically placing hope and good faith on an idea. Catchy promo videos and 3D renderings get us excited about the possibilities which, in turn, makes us open our wallets and put down cash. In reality, it’s all a gamble and it’s a shame when what was promised isn’t delivered.

Consequently, a culture has formed where selling consumers on an idea is often prioritized over the fit and finish of the final product. Samsung’s initial plan to launch the Galaxy Fold in April would have shown consumers and the world that it’s possible to make a high end phone with a folding screen. As my colleague, Jessica Dolcourt wrote in her in-depth review of the Galaxy Fold, “The world doesn’t need foldable phones. We can get along perfectly fine without them. But we should want them — not as the Fold is now, but as it could be.”

But companies aren’t the only ones who should bear all the responsibility for shipping products before they’re ready. News publications, and in this particular case tech news outlets including CNET, relish every leak and rumor about a new product like Nicolas Cage scouring the back of the Declaration of Independence in National Treasure. While I’m genuinely excited about the next Galaxy Note and the next iPhone, I don’t need to see every account of a random tweet posted that shows off a poorly-lit photo (likely fake) of the Galaxy Note 10 or the iPhone 11. Heck, there are rumors already circling about the 2020 iPhone.

This cycle of hyping up every rumor and leak makes it nearly impossible for companies to truly surprise us with an innovative, polished product out of the box. Google tried to break that cycle by confirming the leaks and rumors around its next phone and sharing a photo of the Pixel 4 four months before its expected launch date.

As consumers, we are enthusiastically hungry to know about the smallest details about the next big thing. This puts companies like Samsung and Apple in a position where they can either lead that excitement or watch a competitor do so. Companies feed the hype, tech news outlets report that hype to consumers who then, in turn, open their wallets.

Samsung and Apple are ultimately responsible for the products they make, but we must share some of the blame for participating in a culture where Samsung felt it needed to push the Galaxy Fold out before it was absolutely ready for consumers. Not every product is going to be the “next iPhone” and revolutionize the world and that’s fine.

What’s interesting is that Samsung now has a second chance to launch the Galaxy Fold. I hope the money and time Samsung spent reworking the Galaxy Fold will serve as a reminder to value its own products over being first to deliver some novel technology. I genuinely hope the Galaxy Fold is a success. But I want Samsung and Apple, as well as any other company working on a “revolutionary” product, to make sure that the product is ready and polished before getting people’s hopes up, putting it into their hands and taking their money. 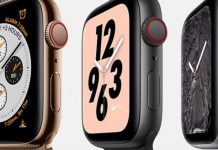