Samsung on Tuesday announced the launch of the Exynos 980, the company’s first mobile processor that integrates 5G connectivity. The Exynos 980 combines a 5G modem and mobile application processor into one chip.

5G promises to significantly boost the speed, coverage and responsiveness of wireless networks. It can run between 10 and 100 times faster than your typical cellular connection today, and even quicker than anything you can get with a physical fiber-optic cable going into your house. It’ll also boost how fast a device will connect to the network with speeds as quick as a millisecond to start your download or upload.

The Exynos 980 modem supports 2G to 5G networks, support data transfer rates of 2.55Gbps in 5G connectivity for sub-6GHz spectrum. Based on 8nm construction, the processor packs in two Cortex-A77 CPU cores and four Cortex-A55 cores. It also comes with a Mali-G76 GPU for gaming and mixed-reality experiences.

The processor’s integrated neural processing unit (NPU) processes AI tasks on the device instead offloading them to the server, offering increased data privacy and security. Applications that will benefit from NPU enhancements include user authentication, content filtering and mixed reality, among others.

For photographers, the Exynos 980 features an image signal processor that can process up to 108 million pixel images, with support for up to five image sensors. The processor’s multiformat codec supports encoding and decoding of 4K UHD video at 120 frames per second.

Mass production is expected to begin later this year. 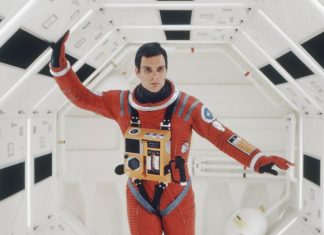