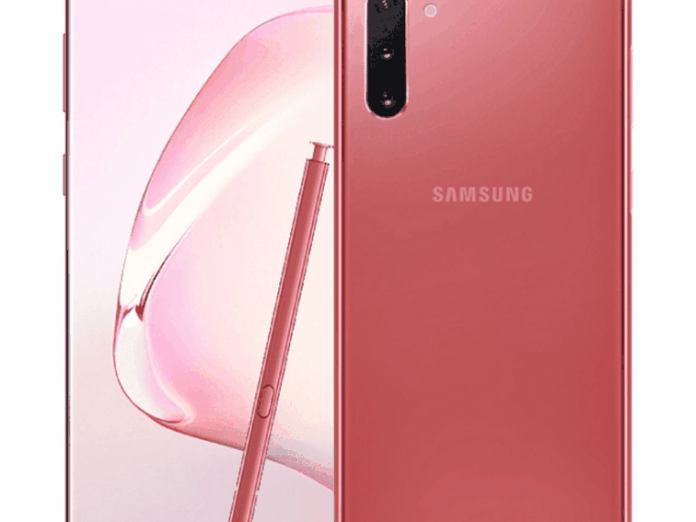 The upcoming Samsung Galaxy Note 10 will come in pink, according to a report. New images posted by German tech publication WinFuture show a coral-pink color similar to the flamingo pink option available for the Samsung Galaxy S10. The images come from official marketing, the report Monday says.

The Note 10 will be launched Aug. 7 during a Samsung Unpacked event at the Barclays Center in New York. The venue is the same place the Korean tech giant launched the Note 9 last year. You can already register to receive early access to reserve the Note 10.

Other rumors say Samsung has now ditched the headphone jack, much like Apple, Google and Huawei.

Leaked pictures earlier in July of the Samsung Galaxy Note 10 and Note 10 Plus also showed a front-facing camera in the middle of the handset and three cameras vertically aligned on the rear of the device. The images also showed volume and power buttons on the left side of the handset, and no Bixby button on the right.

The Note 10 is rumored to have physical buttons for power and volume, a bigger aspect ratio, a 6.66-inch display — compared with the Note 9’s 6.4-inch screen — a 4,300mAh battery, four rear cameras and a camera on the S Pen.

The Korean tech giant is also reportedly looking to make more than one model of the Note 10, including a 5G version like the Samsung Galaxy S10 5G. 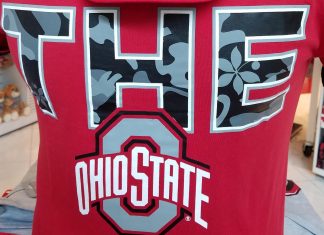