Samsung’s latest phones, the Note 10, Note 10 Plus and Note 10 5G, serve as the successors to 2018’s Note 9, and they pack many new features for a phone series that has been around since 2011. The Note 10 Plus, for example, is the company’s first “plus” version of its Galaxy Note phone, and the Note 10 5G is Samsung’s second 5G phone, after the Galaxy S10 5G. In addition to the bigger size and next-gen network capabilities, the Note 10s come in an array of new colors and are equipped with updated camera and video editing tools, like AR Doodle. But there are several other things we didn’t get from the Note 10, too — either specs that were dropped from the previous model or features we anticipated because of the active rumor mill that swirled around the phone before it launched.

Read on to see what Samsung didn’t deliver at its Aug. 7 Unpacked event, and tell us what you want to see in the next Note phones. Are you going to buy the Note 10 or are you waiting for something better?

No headphone jack and no dongle

One of the most notable features missing from all the Note 10 phones is a headphone jack. The familiar audio port began disappearing in 2016 when Lenovo/Motorola and Apple lopped it off their phones. Since then, the feature became a rarity among premium phones, and up until the Note 10, Samsung’s Note line was one of the last high-end phones to include the port.

Those who are eyeing the Note 10 devices will have to make do with using Bluetooth headphones or carrying around a dongle that surprisingly, does not come included with the phone (Samsung is selling it separately for $10 extra). But for others adamant about holding onto their wired headphones, there are still some phones available to accommodate that, including Samsung’s own Galaxy S10 line.

Being able to increase your phone’s storage with a microSD card used to be a common capability for Note owners. Unfortunately, the Note 10 will not have expandable storage. Keep in mind that the larger Note 10 Plus still has a microSD card slot, but if you’re considering the 6.3-inch Note 10, you’ll have to make do with just built-in storage.

Head of Mobile for Samsung Electronics America Suzanne De Silva told CNET that the company decided to get rid of the microSD card slot so that the phone could be thinner but have a bigger battery. Interestingly, the Galaxy S10 has expandable memory and it’s as thin as the Note 10 at 0.31-inch. The Note 10 also has a smaller battery than the Note 9, which also has room for a microSD card slot.

True, the phone’s 256GB of onboard memory should be plenty to store all your photos, videos and apps. But if you’re planning to have the device for years down the line and you don’t use cloud storage, expandable memory is a convenient feature to be able to fall back on.

While it’s true that the New 10 phones come in eye-catching colors like Aura Glow and Aura Pink (in the UK), the devices look relatively the same as last year’s and even the year before. The thinner bezels and smaller hole-punch camera do keep the phone looking modern, but overall the design remains similar.

This is in contrast to one particularly interesting rumor that floated around before the Note 10 event. It speculated that Samsung would adopt a completely buttonless design and the Note would have “active edges” that users could squeeze to navigate the phone, similar to the Pixel 3. Though we don’t get a completely buttonless look, at least Samsung removed one button we can all agree we didn’t want: Bixby.

No second selfie camera on Note 10

However, with more Galaxy phones than ever before, it looks like Samsung isn’t throwing everything but the kitchen sink at the Note 10 anymore. By pulling back on a few features, the Note 10 is now cheaper than the Note 9 was at launch, making the phone more accessible to a wider audience.

3D scanner brings real objects to life on the Galaxy…

In that same vein, because the Note 10 only has a standard front-facing camera, it can’t carry out any secure facial scanning like the iPhone XS‘ Face ID and the LG G8‘s time-of-flight camera, which maps your face with infrared. Instead, Samsung has stuck with fingerprint scanning, which it moved from the back of the phone to inside the screen.

No camera in the S Pen

A rumor speculating that Samsung was going to put a camera inside the Note 10’s S Pen may have seemed far fetched, but it didn’t sound too crazy considering Samsung had apparently filed a patent with the US Patent and Trademark Office, according to Patently Mobile. The patent was for an “electric pen device” that “includes an optical system including a lens and an image sensor.”

As we now know, the camera didn’t make it into the S Pen this time around. But who knows what this patent has in store for future Note iterations. For now, Samsung updated the stylus to have more remote control over the phone’s camera. Called “Air Gestures,” you can now switch the camera lens, change camera modes and zoom in and out with the wave of your S Pen. 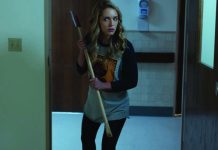