The new Galaxy Note 10 and 10 Plus may have been the stars of the show at Samsung’s recent Unpacked event in Brooklyn, but they weren’t the only new hardware introduced. In fact, the other major product promises to beat the Note 10 by a mile in one very important category — at least on paper. The Samsung Galaxy Book S claims to offer 23 hours of active battery life, while the Note 10 and Note 10 Plus so far only promise “all-day” power for an average user, which probably means intermittent use during typical waking hours.

The Galaxy Book’s secret is that it runs a Qualcomm Snapdragon CPU, similar to the ones found in many phones, rather than a standard Intel CPU. This should allow very long battery life, even using an always-on 4G LTE connection. Think of it as a laptop with the DNA of a smartphone.

But the previous wave of Qualcomm-powered laptops from a couple of years ago didn’t especially impress us. Battery life in the Asus NovaGo and HP Envy x2 (both tested in 2018) ran about 12 hours each. Excellent, but not the 20-plus hours promised.

These systems also felt sluggish compared with similarly priced Intel Windows laptops, and we occasionally ran into Windows/ARM compatibility problems with some software (rarely, but it did happen).

The latest LG Gram 15 has simply great battery life, beating the previous model’s by roughly 4 hours. There were some subtle additions such as a fingerprint reader and Thunderbolt 3 USB-C (in the highest-end configuration, at least), and LG moved the webcam from the laptop’s hinge to above the display, making the overall package better than last year’s.

Can Samsung do it better? We’ll have to wait until we can test a Galaxy Book S to say for sure. But in the meantime, if long battery life is your most important laptop trait, here’s what the Galaxy Book looks like — again, on paper for now — compared with our current longest-battery-life laptop, the excellent LG Gram 15. The Gram hits almost 14 hours, even with its higher-power processor, but that’s because it has a very high-capacity battery.

If long battery life is your main concern, then the Galaxy Book S will impress, even if it hits only half of that 23-hour number, especially because it starts at half the price of the LG Gram 15. But, I doubt the ARM chip in the Galaxy Book can match a hefty Intel Core i7 in performance. That’s not a huge deal by itself, but in our previous testing of Windows-on-ARM laptops, the sluggish performance and occasional compatibility issues were noticeable enough to bother me.

The LG Gram 15 is available now, while the Galaxy Book S is expected this fall.

LG Gram 15 delivers a big screen and battery without… 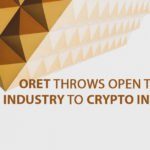