If the robopocalypse ever breaks out on Earth, at least the residents of the International Space Station should be safe. Or will they? Russian space agency Roscomos has just launched Skybot F-850, an unsettling, humanoid robot, as a shipment to the ISS.

Don’t worry. This is totally fine.

Skybot’s nickname is Fedor. He’s probably best known for starring in a Russian video in 2017 while wielding two handguns like a robo-Clint Eastwood. He has his own Twitter account, which delivers tweets in Russian from the robot’s perspective. Somehow this comes off as more menacing than cute. You can check out Fedor in action in a video showing the robot moving in response to his human operator.

On August 21, the Cylon-like Skybot was packaged up tightly inside a Russian Soyuz MS-14 capsule, holding a Russian flag, as it launched for the space station. Dark fantasies of the murderbot turning up and assuming control of the station aside, this is an important launch for the Russian space agency. It marks the first flight of an upgraded Soyuz capsule on the Soyuz 2.1a launch vehicle, which will eventually takeover crewed launches to the station.

Fedor’s space experience is likely to be fairly brief. He is expected to reach the space station on Aug. 24 and the robot is scheduled to return to Earth on Sept. 7, with the Soyuz capsule, according to NASA.

Cosmonauts Alexey Ovchinin and Alexander Skvortsov are currently on board the station along with astronauts from NASA and ESA. The Russian crew members will greet Fedor and test how the robot works in microgravity.

Fedor could one day be destined for a career as a space explorer. That is, of course, unless he locks the current residents of the ISS outside of the station with an “I can’t let you do that.” 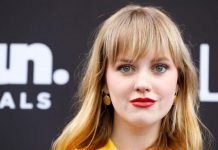