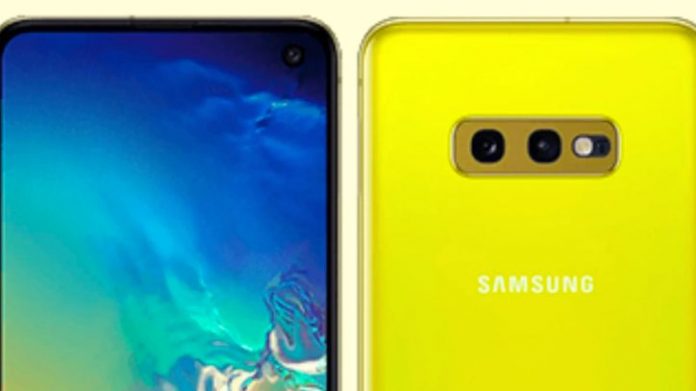 When a leaked image of the rumored Galaxy S10E in Canary Yellow appeared online, the internet went bananas. The same thing happened to the Huawei P20 Pro’s wild pink-blue-purple Twilight color, the Oppo Find X with its vignette edges and the OnePlus 6T in Thunder Purple. Every sales figure and expert tells us that color is the last thing on your mind when you’re getting ready to buy — you care much more about the camera, battery and screen. But any product designer or marketer will tell you that color and finish matter quite a lot.

Just think. If color were inconsequential, why bother coming up with fancy names like Jet Black, Phantom Blue and Pearl White, rather than simply black, blue and white? Why even have white at all?

“Color has always been a very important visual element,” said Barbara Khan, professor of marketing at The Wharton School. “It’s something people notice right away.”

Shelf appeal is important when selling any product. It’s what gets a thing noticed. But a colorful phone can be personal and meaningful as well.

“Color gives us joy in our lives,” said Isabelle Olsson, who helped lead the team that designed the Pixel 3 in Not-Pink. I hear echoes of Marie Kondo’s treatise on sparking joy. “We’re craving something new,” she added, not just “black, glossy boxes.”

Apple is a good example of this philosophy. For years, the most “special” iPhone colors have been white, gold, rose gold and jet black, all fairly neutral tones. Only with the cheaper iPhone XR and iPhone 5C did it let its hair down with bold blue, yellow and coral choices to offset the polished stoicism of the higher-end iphones. The one exception: the special-edition red iPhone, born of a partnership with the nonprofit Product RED charity.

Owning a brightly colored phone says something about you, the buyer. “It makes your phone much more unique, and personalizes the phone,” Khan said. It can also prove to others that you’re riding the latest trend. “That makes a different reason to purchase.”

Standing out from the crowd

Dazzling you for the sake of self expression is one thing, but don’t forget the competitive edge. Huawei’s P20 Pro, Mate 20 Pro and Honor View 20 are bullish about eye-popping gradients and patterns in part to separate the brand from its rivals.

“We had a lot of disadvantage because we’re not a well-known brand to consumers [compared to] our other competition, which is bigger and better recognized in the industry,” said Joonsuh Kim, the chief design officer of Huawei’s consumer business, which includes phones.

He’s referring to Samsung here, the world’s largest smartphone maker. But make no mistake, Huawei is no seedling startup. Last year it ousted Apple to become the planet’s second biggest phone brand, and it plans to take Samsung’s crown by 2020. While Samsung admitted to slower sales in 2018 (Apple did, too), Huawei announced that its shares were rising: 200 million units sold by the end of 2019. Its investment in flashy phones seems to have paid off.

Samsung, for its part, has sold phones in every color of the rainbow, the most recent being a deep blue Galaxy Note 9 with a sunny yellow stylus to go with it. It popped.

Over in China, Huawei said also leaned into color to attract the attention of women and youth. “We need to make sure our color range [is] more approachable to the female consumer and also a more younger demographic,” he said, adding that Huawei wants to appeal to buyers who embrace fashion, something a black phone can’t do.

Aren’t you just going to put a case on it anyway?

Any time I gush over a phone color or design, someone (usually CNET editor David Carnoy) quickly retorts, “Who cares? You’re just going to put a case on it anyway.” He isn’t wrong, and you really should use a case and glass screen protector to shield your phone, even if just to preserve its resale or trade-in value. But in the decision-making process, that logic might matter less.

“People want to protect their precious phones,” said Huawei’s Kim, a former Samsung product designer before moving to Huawei. “But when they make their purchase decision, we really need to put out…an attractive product,” Kim said, adding that changing out cases is another way to express your style.

Maybe phone colors are like fancy lingerie: who cares if nobody else sees it? You know it’s there.

Black is boring, but it sells

While colorful phones are exciting to look at, the reality is that they’ll never outsell black, white and gray. Huawei’s Kim knows this, acknowledging that the P20 Pro’s Twilight color, a blue-pink-purple gradient, can’t surpass black. “[The] Twilight color has been very popular,” he said, “But…really, really the final sale, the neutral color really sells more.”

Google knows this, too, which is why its Not-Pink Pixel 3 veers more toward beige than bubble gum or rose.

“We wanted to make sure we have something classic and conservative, something light and fresh, and Not Pink [is] a little bit of a statement while also being neutral,” Olsson said, adding that Google’s design team worked on the color for 2.5 years, holding back because it deemed the world unready until now.

“What’s great about Not-Pink is that it has that specific appeal, but isn’t gender-specific,” Olsson said.

There’s one other reason why smartphone brands might gravitate toward colorful casings rather than neutral tones. Phones aren’t wearing out as fast as manufacturers want them to, and customers are holding on to them longer. Technology has slowed, giving buyers less of a reason to upgrade.

At this point, the classic marketing move for any industry is to change up the color palette each year to entice you with a fashion statement you just have to have or else you’ll die.

“If you’re not going to improve on the tech significantly, you frequently see a move to design and aesthetics,” said Khan, pointing out that the same thing happened with wired telephones in the 1980s, luring in kids with princess-themed, neon and translucent phones. The tech didn’t change much, but the packaging did.

Things in 2019 are different. Samsung is set to announce its first foldable phone on Wednesday, poised to be followed by a rush of folding phone designs from competitors like Huawei, LG and Xiaomi. Phones with 5G connectivity will also start to crop up this month at MWC, the world’s largest phone show. And phones with three or more rears cameras are also about to take aim, shaking up a flat landscape with tantalizing possibility, whether it all pans out or not.

Will color continue to play a leading role for mainstream devices? Will daring foldable phones like Samsung’s upcoming Galaxy X/Galaxy F/Galaxy Fold come in only black? Whatever happens, it’s a sure bet that phone makers won’t give up the need to find a competitive edge any way they can.

“We always want to be the pioneers in the industry. We need to move on to the new thing,” Kim said of Huawei. “We’re not going to stay where we’re at right now.”

Tom Lee: Bitcoin Price Starting to Reverse, 2 Catalysts Will Drive it Higher in 2018

The $450 Motorola One Zoom has four cameras on the back and one on...