Llyr, who left Ripple last Friday, will take charge of “all aspects of legal strategy at Celo,” the company announced Monday. These include policy, regulation, partnerships and intellectual property. Llyr will also play a role in Celo’s efforts to expand both within the U.S. and globally.

A spokesperson for the company told CoinDesk that she will specifically be involved in day-to-day operations as well.

The startup seeks to simplify the adoption process for using cryptocurrencies as a payment method. In pursuit of that aim, Celo intends to launch a money transfer and payment app geared toward developing markets in the near future.

In a statement, Llyr noted that “there are 1.7 billion people around the world that don’t have access to formal financial services.”

“Celo is at the forefront of harnessing the blockchain and cryptocurrencies to empower them … I’m honored to join the incredibly talented team at Celo and look forward to bringing about positive change for financial inclusion to those who need it most.”

Celo chief executive Rene Reinsberg welcomed Llyr in a statement, noting that “she has great experience in virtual currency, fintech and the blockchain.”

Kya Gin (Rex) Wong - October 10, 2018
0
China should increase its research efforts on the topic of stablecoins and consider backing domestic institutions issuing yuan-pegged cryptocurrencies, a researcher from the People's... 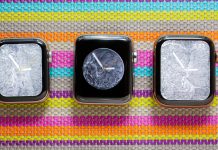 NASA: Two asteroids will Soar by Earth this weekend, so chill