Ric Ocasek, most famous as the founder and frontman of the iconic new wave band The Cars, has died, the New York Police Department confirmed Sunday.

He was found unresponsive at his East 19th Street residence in Manhattan on Sunday, according to NYPD reports from. The NYPD didn’t immediately respond to a request for comment.

Ocasek released seven studio albums with The Cars between 1978 and 2011, beginning with their hit self-titled album featuring the singles “My Best Friend’s Girl” and “Good Times Roll.”

Last year, Ocasek and supermodel Paulina Porizkova, his wife of 28 years, announced that they were separating after 28 years of marriage. The pair met while shooting the video for 1984’s “Drive” and had two children together.

Fans and friends took to Twitter to honor the late rock star Sunday. “He was so kind and his music was a gift to us all,” guitarist Brian Ray wrote. “Thank you for the hooks and the music, Ric.” Added music writer Jason Woodbury, “What a career, what a body of work.”

Colman Ma - September 7, 2018
0
Just under 50 percent of millennials are interested in using cryptocurrencies as a primary form of payment as opposed to using the U.S. dollar,... 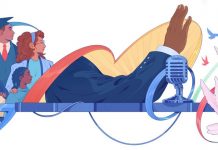