Divers have explored the eerie wreck of HMS Terror, a doomed 19th century expedition ship, for the first time, discovering plates, firearms, bottles and other artifacts. HMS Terror and a second ship, HMS Erebus, sank during an 1845 expedition led by explorer Sir John Franklin after becoming trapped in ice and abandoned. None of the crew survived and the ships were lost for 170 years.

After discovering HMS Erebus in 2014 and HMS Terror in 2016, the wrecks are being investigated by underwater archaeologists and researchers are hopeful they hold clues to some of the expedition’s remaining mysteries.

Parks Canada’s Underwater Archaeology Team dove into the wreck of HMS Terror 48 times over the course of a week in early August, exploring 20 of the ship’s compartments for the first time. The hazy new images show the wreck as it was after being abandoned in the 1840s and incredible footage reveals unbroken plates and firearms untouched, in addition to bottles still upright in the storeroom, covered in silt.

Parks Canada provided a guided tour of the wreck in the video below. It’s unreal.

During these dives, the archaeology team didn’t bring any artifacts back to the surface and suspect that important documents likely lie within the drawers and storage compartments within Captain Francis Crozier’s cabin, one of the most well-preserved sections of the ship. Those compartments haven’t been opened since HMS Terror was abandoned.

Data from this dive will help develop a plan for the underwater archaeology team to continue studying the shipwreck and its myriad artifacts.

Colman Ma - October 8, 2018
0
Binance, currently the world's largest cryptocurrency exchange by trading volume, has announced that it will now disclose all cryptocurrency listing fees and donate the...

Gamechain Is a Real Game Changer for the Gaming Community 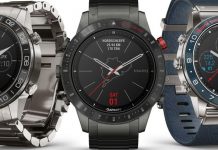 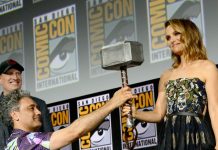 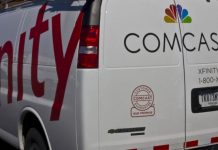