There are shifts at ShapeShift and not everyone’s happy with them.

When the token exchange recently announced a new “membership” model with mandatory account identification, there was outrage from certain members of the cryptocurrency community who felt it was abandoning its pledge to privacy and destroying its core value proposition.

Bitcoin developer Peter Todd, for one, was brutal:

ShapeShift described the move as a way to provide added perks to loyal customers and to explore approaches to tokenizing that loyalty. But it was clear that the threat of action by regulators played a big hand in the move.

In a blog post announcing the move, CEO Erik Voorhees, a prominent crypto libertarian and vocal proponent of individuals’ rights’ to private value exchange, acknowledged to his customers that the mandatory aspect of the new model “sucks.” And in a reply to crypto developer Greg Slepak’s suggestion on Twitter that he write an “honest blog” about what happened, Voorhees responded by saying “What I write is being watched very closely. Please give us time.”

But in a statement provided to CoinDesk, Voorhees offered further explanation for ShapeShift’s policy shift. He said an official know-your-customer (KYC) identification system “was not added a result of any enforcement action, but rather a proactive step we took to derisk the company amid uncertain and changing global regulations.”

“We remain committed to the struggle for financial privacy and sovereignty for all humans,” he said, but added,

“Ultimately, ShapeShift is a corporate entity, and we have to abide by laws around the world. “

Now, with the New York Attorney General’s office releasing a report accusing various crypto exchanges of doing too little to prevent market manipulation, one could conclude that regulators are gaining the upper hand in their ongoing battle with the crypto industry’s more anarchic elements.

Along with the capitulation at ShapeShift, long viewed as a model for those wanting to conduct exchanges outside of the state surveillance ingrained in KYC identification regimes, it does look as if officialdom is striking some heavy blows right now.

But this will be a long struggle, a boxing match, if you will, that still has many rounds to go. New technologies, the dynamic development of token-based business models and an evolving regulatory landscape will continue to create avenues for blockchain and cryptocurrency developers to protect privacy and challenge government intervention.

That, in turn, will spur regulators to pursue new enforcement approaches to maintain their power, which will be followed by new solutions from the crypto side to deal with those efforts. It’s hard to say who will win in the end. Perhaps it will never be resolved.

Some of the battle comes down to defining and managing jurisdictional boundaries — and that doesn’t necessarily go in favor of the regulators.

Crypto technology is, for example, ensuring that the New York Department of Financial Services no longer has the de facto global reach it wielded under the previous assumption that any decent financial entity had to operate in the New York market. The reason old-style financial companies felt compelled to submit to NYDFS rules was that the most important financial intermediaries — the investment banks, the correspondent banks, the custodians and so forth — were based in the state. But crypto technology is explicitly intended to bypass those intermediaries and create peer-to-peer exchange.

This is why exchanges like ShapeShift and Kraken felt comfortable opting out of the New York market when they decided that NYDFS’s BitLicense was too onerous. They could simply choose not to deal with residents of the state — much to the chagrin of the New York Attorney General’s office, which called the exchange’s refusal to cooperate with its request for information “alarming.”

We’ll have to see if there’s any negative fallout for Kraken CEO Jesse Powell, who mockingly responded to the NYAG’s report by comparing the state to “that abusive, controlling ex you broke up with 3 years ago but they keep stalking you, throwing shade on your new relationships, unable to accept that you have happily moved on and are better off without them.” However, Powell’s bravado suggests Kraken is confident it has successfully shut itself off from New York residents and so can, effectively, tell the state’s officers to take a flying leap.

Ironically, Kraken is able to derive that confidence because of sophisticated technological new tools for managing customer accounts that KYC compliance officers call for — such as monitoring IP addresses, which can indicate if someone trying to trade on the exchange’s site is in New York.

Meanwhile, advances in cryptographic privacy are coming thick and fast, with blockchain developers making strides with tools such as zero-knowledge proofs. Cryptocurrencies such as zcash, monero and dash all enjoy these qualities.

And within Bitcoin Core, work is being done to make it near impossible to trace transactions — a goal that’s critical, not so that criminals can exploit cryptocurrencies, but so that enterprises that might want to use these technologies don’t expose corporate secrets to their competitors.

“Layer 2” solutions such as the Lightning Network, which allow for transactions to occur “off chain” will also enhance the privacy of cryptocurrency users. Meanwhile, related solutions such as discreet log contracts, which essentially blind information oracles from information about the contracting parties they serve, will create extremely private smart contracts and could encourage crypto “dark pools” whose transactions are invisible.

And of course, there’s a big push toward decentralized exchanges. Lawyers often point out that these models are still vulnerable to regulatory oversight, since the developers of the software can be held accountable. But once powerful price discovery systems, atomic swap mechanisms and safe custody models are built so that buyers and sellers can find each other without intermediaries, what’s to stop a new “Satoshi Nakamoto” from anonymously bequeathing such a system to the world and avoiding the clutches of the law?

The Law Is the Law, Though

Still, it’s naïve to suggest that government doesn’t have powerful weapons. If activities that take place on these systems are deemed illegal, then participants must engage them in full knowledge that they are breaking the law. And if they’re caught doing so, prison is always a possibility. That threat can be a strong, moderating force on behavior.

The powers of the state are far-reaching. With the implicit threat of jail time or fines, it can force businesses to spend heavily on legal fees and compliance costs without even taken any action. Voorhees told CoinDesk that ShapeShift spent “over a million dollars of legal expenses on this topic” before making the decision to change policy.

So, in reality, we don’t know who the ultimate winner is in this crypto-versus-regulators fight.

But perhaps this back and forth can have a positive outcome if it sparks a dialogue around the best way to permit innovation and the degree to which privacy needs to be protected. As I’ve argued elsewhere, privacy should be viewed as a key element of an effective system of exchange, without which money can cease to fungible.

That’s why it’s encouraging to see policy makers in various jurisdictions try to give more leeway to innovators in this industry.

On Friday, Rep. Tom Emmer of Illinois, a new co-chair of the Congressional Blockchain Caucus, announced he would introduce three new bills providing safe harbor protections with lightweight regulatory models for blockchain startups. And we’re seeing jurisdictions like Singapore open up a constructive global dialogue on how to encourage innovation in areas such as utility tokens without leaving developers to fall afoul of securities laws.

Such frameworks can give a lease of life to those building a more frictionless, liberal system of value exchange. It could even provide opportunities for ShapeShift, whose new accounts model includes some interesting opportunities in tokenized membership, which could facilitate experiments in disintermediated and decentralized exchange, even within the confines of a KYC regime.

So, grab yourself some popcorn. This is going to be a long one. 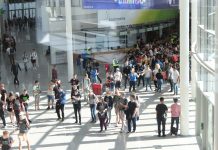 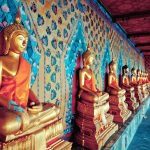