German car-rental firm NextMove is backing out of a 100-car purchase deal with EV manufacturer Tesla after taking delivery of just 15 cars due issues with vehicle build quality, according to a report published Thursday by Bloomberg.

NextMove planned to become the largest Tesla customer in Germany by purchasing 100 of Tesla’s Model 3 to use as part of its fleet, which also includes other Tesla models. The company decided to back out of the deal after the first 15 vehicles delivered by Tesla were allegedly plagued with quality-control issues.

Among the issues exhibited by the initial batch of cars were problems with condensation inside the headlights, paint flaws and other issues. NextMove also alleges that Tesla tried to deliver vehicles that had been previously registered, something that it says would make the cars ineligible for Germany’s electric car tax incentives.

The issue with VINs having been previously registered was, according to Tesla representatives, a “temporary system issue with VIN matching [that] has been corrected, and impacted customers were re-matched to new VINs.”

“The Model 3 is a fantastic car. Some of our customers totally fell in love with it,” said Stefan Moeller, owner of NextMove, in a statement to Bloomberg. “But the organization behind it doesn’t match that. It’s really sobering.”

Tesla, being a relatively new manufacturer of vehicles, has been hard at work trying to overcome its quality control issues on all of its models, but its Model 3 has come under extra scrutiny in large part to the amount of hype surrounding it and its long, troubled ramp-up to full production.

“We believe the customer’s decision wasn’t entirely due to quality issues, but was largely influenced by their frustration with an unrelated dispute from earlier in the year,” said Tesla representatives, in a statement. “Tesla was in the process of repairing the issues and had provided loaner vehicles to the customer at the time the order was cancelled. Still, the customer continued to place orders for additional Model 3s.”

Kya Gin (Rex) Wong - October 10, 2018
0
There's a towering inflatable rat on Wall Street and it's found a temporary home in front of a branch of the world's most powerful... 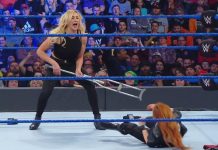