We live in a golden age of video games, to be sure. New console hardware in the works, amazing advances in PC graphics hardware, and E3, the annual video game trade show, just around the corner.

But there’s a potentially more interesting gaming revolution going at the same time. Old-school tabletop board games have been gaining in momentum for the past couple of years, and are just this side of mainstream.

They’re a natural match for PlayStation, Xbox and Nintendo Switch fans, as many take just enough of a cue from modern video games to feel familiar. Many include companion apps that run on phones, tablets or laptops, handling much of the stat-counting, card shuffling and other minutiae that can scare people off from tabletop gaming.

Here are some of my current favorites, any one of which can turn game night into an epic multi-hour adventure. Feel ambitious and want to make your own extra accessories, figures or card holders with a 3D printer? We’ve got that covered, too.

Got your own suggestions? Let me know in the comments or on Twitter.

I’ve been playing an early version of this Universal-Monsters-inspired game, which hits stores at the beginning of August, and it’s a great mix of nostalgia and modern game design, pitting players against all the classic Universal movie monsters of the 1940s and ’50s, from the Wolf Man to Dracula. Just don’t accidentally call Frankenstein’s Monster “Frankenstein,” or I’ll subtweet you.

Get those “gonna need a bigger boat” jokes out of your system now. This clever new two-part game is asymmetrical, which means one player is the overpowered super-shark, and the other players are hapless humans, who need to combine their skills and resources to survive. The best feature is the game board, which flips from the the beaches of Amity Island in the first half, to Quint’s boat in the second half, which slowly gets eaten by the shark.

It’s time to get the fellowship back together. Join up with four other player (or just play solo) and go tromping across Middle-earth by moving cool-looking sculpted miniatures around map tiles. There’s a free, but mandatory, app available on iOS, Android and via Steam, which tells you how to lay out the map tiles and which monsters to fight, and provides for a certain amount of randomization. Built from the ground up as an app-based board game, it really makes getting set up and learning the ropes easy.

As a long-time Resident Evil fan, I had to snatch this up immediately. Like many big box board games, it started as a Kickstarter project, but is now available from Amazon and other retailers. Unlike arcade-y zombie games like Zombicide, the vibe here is much closer to the survival horror feel of the Resident Evil video games. If you have a 3D printer, there are a ton of accessories you can download and print, like 3D walls, doors and typewriters, to replace the cardboard tokens that come with the game.

The best Star Wars game I’ve played in years isn’t a video game, it’s this tabletop strategy game, where rebel heroes fight through various skirmishes with Imperial forces. There’s a fantastic companion app that not only teaches you how to play, it handles the storytelling and enemy placement, too. The miniatures are fantastic, and include a giant AT-ST, and sold-separately add-ons and expansions can add dozens of new figures. Fun fact — this is actually a remixed version of a game called Descent: Journeys in the Dark, so check that out if you want a game that plays like Imperial Assault, but with a D&D/Game of Thrones/fantasy theme.

Another giant-box-game. This is one of my favorites because it includes tons of floor tiles with which to create a haunted mansion, plus dozens of plastic miniatures for investigators and monsters. The vibe is definitely old-school Lovecraft, and this board game actually requires you to use its companion app, which creates the layout, spawns monsters and even adds sound effects.

A stripped-down version of the Lovecraftian game subgenre. This is strictly a card-based game, so no map tiles or plastic figures. Even so, it has amazing narrative storytelling and laying out location cards on the table gives players a clear picture of what’s going on and where. If you like this, it’s a “living card game,” which mean new packs of cards are released on a regular basis.

The Fallout 76 video game not doing it for you? Don’t feel bad, it’s not hitting the right note with a lot of people. As an alternative, may I suggest this expansive board-game version, which feels much more like a traditional Fallout game. It’s got factions, settlements, super mutants, buying and selling — and, of course, lots of deadly radiation. It’s also a bit fiddly, so set aside some serious time to learn the rules.

There are a ton of different versions of this popular game series. Whether set in a prison, hospital or ruined city, they all have the same basic theme — an ever-growing bunch of zombies chase your crew around a map as you race for the exit. This version is the universal favorite, taking the action back to medieval times. There’s a handy iOS/Android app that can handle all the card-shuffling and inventory, leaving you free to focus on filling the game board with plastic zombies. If you want more of a Walking Dead vibe, there are also several very good Zombicide games set in modern times, such as Prison Outbreak or Rue Morgue. There’s also a brand new iOS/Android standalone Zombicide game, which is great for subway rides where setting up a giant game board would be frowned upon.

You’ll have to hit eBay or a resale shop to find this giant game. So far it’s sold through two printings on Kickstarter, but there are no plans for a retail release. Trapped in an underwater research station, one to six players avoid flooded rooms and, you guessed it, Lovecraftian monsters. Derivative, but great atmosphere and art direction.

This behemoth of a board game is expensive and occasionally hard to find (but has recently dropped from about $130 to $95 at many stores). Still, it’s worth the effort and expense to explore a rich world spiced with deep, strategic combat. Gloomhaven replaces the traditional dice-based combat with a card-based system that reduces randomness and works stunningly well. While daunting at first, the gameplay turns out to be a surprisingly simple matter of picking the right cards at the right times to beat up the big scary monsters blocking your path forward. When not fighting, you can move the surprisingly rich story forward with choose-your-own-adventure style moments that reveal the interesting depth and complexity of this well-crafted and unique fantasy world. — Andrew Gebhart 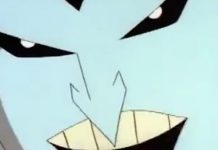