Popular battle royale game PUBG will get crossplay between PS4 and Xbox One consoles later this year. That was the big announcement by the PUBG Corporation during the Inside Xbox event in Cologne, Germany, on Monday.

It’s part of the season 4 update for the game, which will also bring a visual refresh of the map, weapon rebalancing and a new season pass. Season 4 will be available on Aug. 27, but crossplay multiplayer will head first to testing servers at the end of September then to the live game in early October.

During matchmaking, PUBG will choose players from both consoles to participate in a match. Players from either console will have an icon next to their name indicating whether they’re playing on a PS4 or an Xbox One.

Another change coming with PUBG season 4 is the shortening of time between updates on the PC and consoles. So far, there’s been a delay of several weeks from when a PC update comes to the consoles. Starting with season 4, there will be a two-week difference from the time an update goes live on PC to when it’s available on consoles.

Colman Ma - September 17, 2018
0
GIN Platform Partners with Civic Technologies for Masternode Platform Authentication This is a paid-for submitted press release. CCN does not endorse, nor is responsible for any... 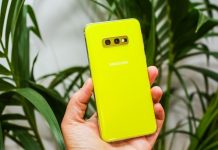