It’s not even Prime Day yet (that happens Monday, as you’ve undoubtedly heard), but two of the biggest rivals in smart-home technology are already on sale — at prices that match their all-time lows and probably won’t be seen again until Black Friday. The question: If you’ve got some spare cash to spend on a smart speaker, which one should you get?

First, the contenders. Amazon already has a handful of pre-Prime Day deals up and running, including the Echo Dot (3rd-generation) for $24.99.

Meanwhile, Walmart has a whole bunch of Google Home and Nest products on sale, including the Google Home Mini for $25.

These two hockey pucks normally sell for $50, so they’re both 50% off — making this a win-win scenario in my book. That said, if you don’t already have a smart speaker (and you’re not freaked out by the idea that humans might be listening to your queries), is there a clear winner between these two?

Here’s my take: If you own an Android phone, meaning you’re already acquainted with and accustomed to “OK Google”-ing, the Google Home Mini will fit your lifestyle better than an Echo Dot. The former is also the better-sounding of the two, at least according to CNET’s Google Home Mini review.

However, the Echo Dot is probably the more versatile of the two products, with a larger selection of skills and compatible voice-controlled devices. It also has more intuitive touch controls and a line-out jack for connecting external speakers. On the other hand, it’s the more reserved-looking of the two, with rather drab black, white and gray color choices. The Mini, at least, has a few pastels on the menu. Read CNET’s Echo Dot review to learn more.

Whichever model you choose, you’ll probably want to add an external speaker. (Both support Bluetooth connectivity.) Because while they may sound good enough for your den or nightstand, let’s be honest: These are small speakers. For big sound, you’ll need to help them out. These are our picks for the best Bluetooth speakers of 2019.

What do you think? If I handed you $25 right now, which smart speaker would you buy — and why?

How to decide on a smart speaker 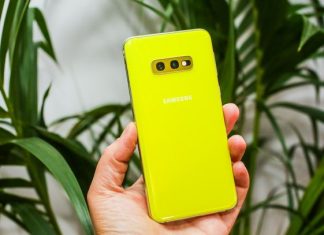