Amazon’s big Prime Day 2019 sale may be over, but nobody told Vizio. The manufacturer is still offering steep discounts on many of its 2019 televisions and sound bars at stores such as Best Buy and Costco, including the 2019 M-series TV that recently earned an excellent CNET review and the CNET Editor’s choice SB36512-F6 Atmos sound bar.

Many deals are at Best Buy while others can also be found at Costco, Sam’s Club and Target. As of 6:45 a.m. PT on July 17, all of the deals below were still in effect, but that may change by the time you read this.

The Vizio PX series is Vizio’s best 2019 TV, the successor of the sweet 2018 P-Series Quantum. It’s got higher brightness and more local dimming zones than its predecessor. We’ve yet to review it, but based on what we’ve seen so far it could be one of the best TVs of 2019.

The 75-inch version of the PX series above has an even better discount: save a whopping $1,200! It has all the goodness of the 65-inch, with 480 zones of local dimming. The PX75 is also available at Sam’s Club.

The P-Series Quantum is Vizio’s second-best TV for 2019. With a slightly dimmer image and fewer dimming zones than the X above, it should have slightly worse image quality. We haven’t reviewed it yet but we expect it to perform a bit better than the 2019 M-Series (below), which was excellent.

Just like the X, the 75-inch version of the 2019 P-Series Quantum comes with an even steeper discount.

The M8-Series Quantum is the only Vizio TV from 2019 we have reviewed, and it’s a winner. It has excellent picture quality for the money, with deep black levels, accurate color and very good 4K HDR performance. The M-Series Quantum breaks new ground among midrange TVs by making quantum dot technology more affordable.

With fewer dimming zones than the M8 series the M7 probably doesn’t perform as well. But hey, this is a 50-inch TV with 4K resolution, Dolby Vision support and Apple AirPlay 2 compatibility for $400. Also available at Sam’s Club. If you’re not a member of either, Best Buy and Target have this for $470.

Until now Atmos sound bars have been hideously expensive, but the Vizio SB36512-F6 changed that. It was a great deal at $500, and a CNET Editor’s Choice, but at $200 off, this is something else entirely. With great surround sound and easy setup, this is one of the best Prime Day deals we’ve seen. Also available at Sam’s Club and Costco. 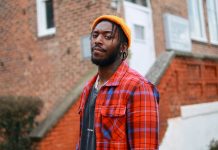 Malaysia is Directing Its Three Largest Industries to Blockchain Technology