Google has already shared what the back of the Pixel 4 will look like. Now it’s showing off some more of what its forthcoming phone will be able to do inlcuding hands-free gesture controls and face unlock. In a new YouTube video titled “(Don’t) hold the phone: new features coming to Pixel 4,” the search giant teased its new gesture-based controls system for navigating the phone using its Soli radar technology. The company showed off switching tracks using hand swipes, though it remains to be seen what other use cases it has in mind.

In an accompanying blog post, Google went so far as to confirm that the front of the phone will have a top bezel, as per rumors, to give space for the Soli sensor powering the handset. The Pixel 4 will also have a single front-facing camera.

In addition to Soli, the Pixel 4 will feature face unlock using a dot projector and infrared sensors similar to Apple’s Face ID system for the iPhone. Google says that combined with Soli, the phone will be able to “proactively turn on the face unlock sensors” as you reach for the Pixel and that its face unlock method will work in “almost any orientation — even if you’re holding it upside down.”

Beyond unlocking the phone, you’ll also be able to use the feature for making payments or logging into apps.

Google says that its Soli and facial recognition data will be processed on your device, with images it uses “never saved or shared with other Google services.” The company also promises that all face data will be stored in the phone’s Titan M security chip for privacy and safe-keeping.

Google has traditionally revealed its latest Pixel line in October, but given how much it’s showing off now we may know everything about the Pixel 4 well before then. 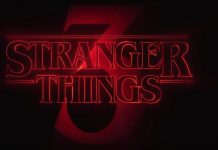