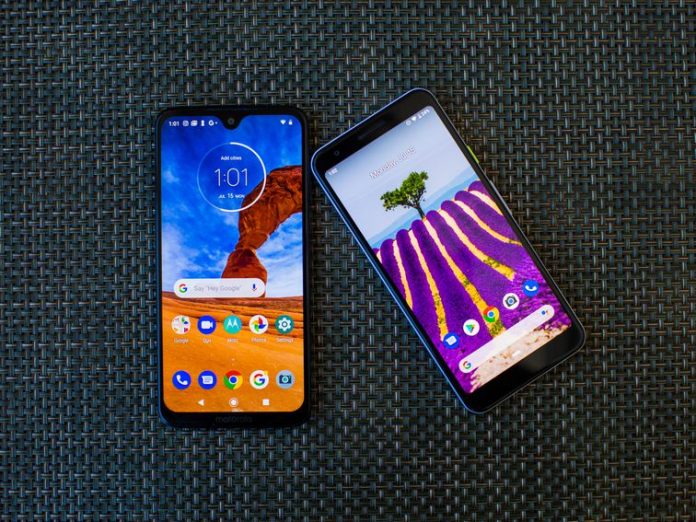 Google’s Pixel 3A and Motorola’s Moto G7 prove you don’t have to spend a fortune on a flagship device (or close to $1,000) to get a premium experience. Both offer a lot of the same great camera, battery and design features as their high-end rivals. But the Pixel 3A costs just $399 (£399, AU$649) and the Moto G7 costs even less at $300 (£220, AU$399). We compared two of our favorite wallet-friendly phones on categories like camera performance, specs, battery life and all around design to find out which one is the best deal for you.

If camera is your main priority when you’re looking for a phone, this is likely where your search would end because there is a clear winner here: the Pixel 3A.

The Pixel 3A sets a high bar for the Moto G7, since it has the same camera as the more expensive Pixel 3. The Pixel 3 has consistently been one of our top performers on previous camera comparisons (at least for stills). That said, the G7 didn’t lag too much when it came to general photography.

In near-perfect conditions, it’s a nearly even playing field. The Pixel 3A has better dynamic range than the Moto G7 (especially with the HDR+ enhancement enabled), but the G7 has a slightly cooler color temperature, which looks great on landscapes. For anything else, however, you’ll notice a stark contrast in quality. Night shots and lowlight pictures on the Moto G7 are grainy with a lot of noise in the background, and portraits taken with the second camera look a bit blown out and unnatural. The Pixel 3A crops in closer for portraits, but shows a lot more detail in the subject and the transition from background to foreground looks a lot more natural. Plus you can adjust the intensity of the blur if it ever goes overboard with the effect.

It’s during these difficult scenarios where the Pixel 3A really shines. Its low-light mode, Nightsight, excels at lighting up dim settings and smoothing out images that it looks as if you can see in the dark. HDR+ Enhanced mode tackles tricky lighting scenarios by rendering a great image from several different exposures. And while digital zoom will always have some degree of graininess and digital noise, the Pixel 3A’s zoom works much better than the Moto G7’s. We were also impressed by how well the Pixel 3A pulls off portrait shots with just a single lens. Foregrounds remain sharp and richly detailed, while the falloff between them and the background looked smooth.

One nifty feature that the Pixel 3A has out of the box is timelapse video. The videos were clear and steady overall, and we like the way you can change the time intervals and see how long the video will be as you record it. But it isn’t perfect, and the recording looked muddier and grainer than the timelapse on the iPhone XR.

Video in general isn’t a strong suit for either one of these phones, but the Pixel 3A still comes out on top. The results won’t be as obvious when watching them on their respective phone screens, but once you take them off the camera, you’ll notice video on the Pixel 3A looks a lot sharper and clearer. The Moto G7 oversaturates colors and increases contrast to compensate for the lack of detail, but can look unnatural as a result.

As for the front-facing camera, both phones can take portrait mode photos. And while we liked how the Moto G7 made skin tones look warmer, the Pixel 3A’s camera is just sharper and retains more details. Lighting was also more even on the Pixel 3A, whereas the Moto G7 had a tendency to over-expose or blow out light sources.

There is one possible workaround for the Moto G7 that could improve your photos if you’re willing to try it out, and that’s by installing the Google camera app (Gcam APK) basically layer’s the Pixel 3A’s camera onto the existing G7 camera interface along with some of the software features that make the Pixel 3A’s camera great. The procedure isn’t as easy as simply downloading an app, but it improves the camera significantly and the results are worth it.

Winner: The Google Pixel 3a. Even with the APK workaround, the Moto G7’s camera is no match against Google’s.

Battery and performance: Pixel 3A is the clear winner

Both phones have a 3,000-mAh battery, but the Pixel’s beat the Moto G7 by about 3.5 hours during our testing which consists of playing a video on a continuous loop in Airplane mode. To be more exact, the Pixel lasted 16.5 hours, while the G7 died after about 12.8 hours. Both phones offer their own version of fast charging (the Pixel with Fast Charge and the Moto G7 with Turbo charge), but neither have wireless charging.

The Pixel 3A has a 2GHz Snapdragon 670, while the Moto G7 has a 1.8GHz Snapdragon 632 processor. Though you can’t notice it unless you have both phones right next to one another, the Pixel 3A is a tad faster at loading apps and running multiple programs than the Moto G7. The Pixel 3A also edged out the Moto G7 when it comes to processing power and came out on top during all four of our benchmark tests.

There are some cases where the Pixel 3A did take a beat or two. Though Google reoptimized the OS to work with the Snapdragon 670 chipset, the things that needed extra processing time on the Pixel 3 also felt like they took the same amount of time on the 3A. That includes HDR Plus Enhanced, Night Sight and screen flash for the front-facing camera.

Winner: The Pixel 3A is a faster phone with longer battery life.

Though the Pixel 3A has a smaller, 5.6-inch display, its OLED screen is brighter and more vibrant than the Moto G7’s 6.2-inch LCD screen. It’s easier to view in sunlight, blues and greens pop more and blacks are much inkier. The color shift is also more severe on the Moto G7. When viewing both phones from the side, the screen washes out more dramatically on the Moto G7. But you can really only notice these differences when holding both phones side-by-side. If you’re just handling the Moto G7 alone, you won’t have any gripes with its display.

Both phones have a fingerprint scanner on the back and a headphone jack. The Pixel 3A has the familiar design of the Pixel 3. It’s small, lightweight and comfortable to navigate with. But unlike the original Pixel 3, it has a plastic back that makes it look and feel cheaper in the hand than the all-glass Moto G7.

The glass on the back of the Moto G7 has a subtle curve on the edge reminiscent of Samsung’s Galaxy phones. And the nearly bezel-less display gives it a high-end feel on the front as well. The G7 has a tiny dewdrop notch on the top for the front camera, while the Pixel 3A has two thick bezels on the top and bottom of the phone to house the camera.

But if you’re more prone to spills than drops, the Moto G7 is the only one that offers some kind of water protection. It’s water- and dust-repellent according to Motorola, while the Pixel 3A has no official rating.

Winner: The all-glass Moto G7 edges out the Pixel 3A’s plastic exterior, although we do like the OLED screen and purplish color option on Google’s phone.

Software and UI: Android Pie without the bloatware

Both phones run Android Pie. The Pixel 3A has a bit of Google’s UI layered on top, while the Moto G7 has a few features exclusive the Motorola phones, but overall both remain pretty true to the stock version of Pie, which we love.

Some of the Motorola UI features we like on the Moto G7 include a standby feature that shows you the time and lock screen if you wave your hand over it while the phone is lying screen-side-up, and automatically switches to “do not disturb” mode when you flip it over. On the annoying side of the spectrum is the Moto G7’s jingle which is seems to be programmed to play every minute if you forget to put the phone on silent or vibrate. (OK, maybe not every minute, but it plays every time there’s an update or notification.)

The Pixel 3A, on the other hand, has AR walking navigation in Google Maps right out of the box. By overlaying navigational directions right on the screen in real time, you can begin orienting yourself as soon as you start walking directions in Maps, which is quite useful. If you have a terrible sense of direction (like we do), it’s a good tool to have. But it’s not an exclusive feature of the Pixel 3A and it’ll be rolling out to other Android phones as well.

Because the Pixel 3A is a Google phone, however, it has the upper hand of receiving software updates faster. For example, the phone will get updated to Android Q later this summer, according to Google. No update time frame yet has been released for the Moto G7.

Both phones also offer 64GB of onboard storage, but only the Moto G7 has a microSD card slot to expand it locally. Google offers free cloud storage for Pixel 3A users, but it doesn’t store photos at their original quality but rather “high” quality, which isn’t as large.

Winner: Tie. The Moto G7 has expandable storage, but the Pixel will be the first to get Android updates.

The flagship killer is…

If money weren’t an issue, we would both spend the extra $100 for the Pixel 3a. It has one of the best cameras of any smartphone, great battery life and faster processor. And keep an eye out for deals once the Pixel 4 goes on sale in the next few months.

That said, if the camera is not as important to you and you want to save $100, the Moto G7 is a great deal. It has a sleek design, large screen and expandable storage. And if you want even more battery life you can always go with Moto G7 Power, which has the longest battery life of any phone this year (it clocked in 23 hours, 10 minutes of continuous video playback on Airplane mode), and a lot of the same great features as the traditional G7. Just make sure to download the Google cam APK.

Correction, July 24: Pixel 3A users are offered unlimited photo storage for as long as they are using the device and are not limited to one year, as stated in a previous version of this story. 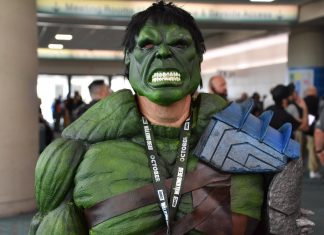