The Philippines Securities and Exchange Commission (SEC) is planning to release new trading rules for cryptocurrency exchanges in the coming days, according to local media.

The Manila Times reports that SEC Commissioner Ephyro Luis Amatong told journalists that the rules are set to be published “by the end of next week,” though an exact date hasn’t been specified.

Regulators in the country have been mulling various ways of regulating the cryptocurrency space for the better part of two years, a process that has seen officials putting together a framework for initial coin offerings (ICOs) as well as the actual registration of cryptocurrency exchanges. The coming ruleset is focused on exchanges that offer trading services.

“We see the need to regulate them as trading platforms,” Amatong was quoted as saying.

Further, the proposed rules for ICOs are also expected to be released in their final form next week.

There’s another reason that the Philippines is looking to formalize its exchange rules: the potential for millions of dollars worth of revenue in the form of license fees.

As CoinDesk reported earlier this summer, the authority that governs the Philippines Cagayan Special Economic Zone and Freeport is aiming to earn $67 million through such issuances.

The agency’s senior deputy administrator has said that the CEZA charges $360,000 for a principal license and $85,000 for a regular one – opening the door to a potential income stream for the government.

Image of Philippine pesos via Shutterstock

PlayStation VR 2 is getting a minimum of one cool recreation.... 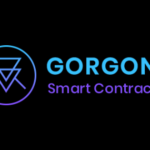 7 Android VPN apps you should never use because of their...