The Digital Currency Research Lab of the People’s Bank of China (PBoC) is further expanding its ongoing research efforts to several cities outside of Beijing to encourage deployment of fintech, including blockchain, in real-life projects.

According to a report on Wednesday from local financial news source Securities Times, the lab has launched a fintech center in Nanjing, the capital city of the eastern Jiangsu province, in partnership with the municipal government.

The goal is to apply technologies developed by the lab in pilot programs with banks and academic institutions such as the PBoC’s Jiangsu branch, the Bank of Jiangsu and the University of Nanjing – all of which also co-founded the center.

Newly created municipal fintech centers will also serve as hubs for testing the PBoC’s planned central bank digital currency when it goes from prototype to production in the future, the report adds.

The Jiangsu entity has been announced just months after the Digital Currency Research Lab established a fully owned subsidiary in the southern city of Shenzhen. According to a Chinese business registration database, a firm called Shenzhen Fintech Limited was incorporated by the lab on June 16 with an initial starting capital of around $300,000.

As previously reported by CoinDesk, the research lab, led by Yao Qian, has filed more than 40 patent applications relating to the creation of a central bank digital currency incorporating core features of a cryptocurrency.

CoinDesk also reported on Tuesday that a blockchain-based trade finance platform initiated by the PBoC has entered the testing phase across several participating commercial banks seeking to ease the financing burden for small businesses. 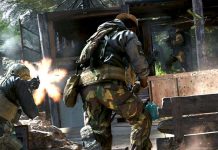