China should increase its research efforts on the topic of stablecoins and consider backing domestic institutions issuing yuan-pegged cryptocurrencies, a researcher from the People’s Bank of China (PBoC) argues.

The comments come in an op-ed piece published Tuesday by CN Finance, a bi-weekly magazine and a mouthpiece of the Chinese central bank, and co-authored by Li Liangsong, PBoC researcher and a professor from China’s Fudan University.

The article – titled “A Brief Analysis of Stablecoins” – explores the recent development of stablecoins globally, with most so far having been anchored to the U.S. dollar, including some backed by regulators such as the Gemini Dollar (GUSD) and Paxos Standard.

The authors go on to argue that the development of USD-pegged cryptocurrencies will strengthen the dominant role of the dollar in the global monetary system, but could have a negative effect on other major fiat currencies.

“If the U.S. dollar-pegged stablecoins can eventually be widely recognized by the market and can prove their use in the real economy, we should double down on our research efforts [on the issue] and learn from relevant experience to support domestic institutions to issue yuan-pegged crypto stablecoins,” the authors state.

Seemingly echoing that point, crypto exchange OKCoin’s founder, Star Xu, said on Wednesday in a Weibo post that he believes the “Trend of issuing a Chinese yuan stablecoin is inevitable. And OKCoin USA will participate in rolling out a regulated stablecoin.”

That said, the authors of the CN Finance article also pointed out there’s still a long way to go before stablecoins can make a real impact on worldwide economies.

“The evolution of this monetary system will likely be eventually achieved by a central bank-issued fiat digital currency.” 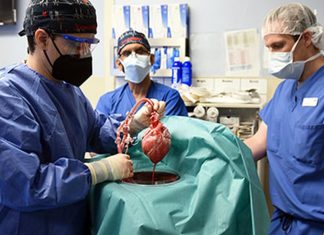 ‘Wonder material’ graphene can be used to prevent mosquito bites