For a small but growing community of users in the occupied Palestinian territories of the Gaza Strip and the West Bank, bitcoin has become a lifeline.

Ahmed Ismail, a financial analyst in Gaza, estimated there are at least 20 unofficial “exchange” offices there dealing cryptocurrency to local users. Ismail himself helps 30 clients use bitcoin to purchase investments abroad, such as stocks, since there aren’t any local alternatives for putting money to work.

One such currency dealer in Gaza, Mohammed, told CoinDesk over the past four years he helped up to 50 families a month purchase an average of $500 worth of bitcoin each to send money abroad or shop online.

“Bitcoin, in their opinion, is cheaper, safer, and quicker,” he said. “Nothing works with Palestinian banks. Bitcoin wallets are alternative banks.”

While Palestine is not the only politically and economically isolated part of the world where cryptocurrency is making inroads, it’s somewhat unique among these markets in terms of the drivers – and limitations – to adoption.

For example, Palestinians do not face the kind of hyperinflation that drives Venezuelans, Iranians and Turks to hodl a digital currency with a limited supply, since they don’t have a national currency at all, instead using stable foreign currencies.

But another core property of public blockchain networks is particularly appealing in the Palestinian territories: censorship-resistance.

Anyone can conduct a peer-to-peer bitcoin transaction. Once the transaction is paid for, it can’t be vetoed by an intermediary. This would appear to solve a real problem for a population with restricted access to the global economy amid the ongoing conflict with Israel. Even supporters in the West have had their bank accounts shut down for sending money to Palestinians.

“There is no payment gateway, like PayPal, for entrepreneurs to receive payments internationally,” Laith Kassis, CEO of the nonprofit Palestine Techno Park in the West Bank, told CoinDesk. “So here comes solutions on blockchain with private nodes.”

(The local alternative, PalPay, predominantly serves Bank of Palestine customers rather than offering a gateway to global commerce.)

However, an electronic currency can only do so much in a place where power outages can be a daily occurrence and even traditional banks sometimes struggle to transact with much of the outside world.

Facts on the ground

While sending or receiving bitcoin may be frictionless, on- and off-ramps just don’t exist in the Palestinian territories.

There’s no way for Palestinians to get their Israeli shekels, U.S. dollars or Jordanian dinars to online crypto exchanges since none of them work with local banks. Hence, they must rely on dealers as liquidity gateways, and that adds friction back in.

One Palestinian tech worker told CoinDesk that when she tried to cash out a bitcoin payment from a remote employer, she couldn’t get a fair fiat price from dealers in Gaza because crypto prices were soaring at the time.

As such, Saifdean Ammous, the Palestinian-born author of “The Bitcoin Standard,” is skeptical about any claims that the cryptocurrency currently offers a solution to his homeland’s economic straits.

“If the people who want to do the transaction don’t both have balances in bitcoin then you’re just adding extra layers of conversion from their home currency to bitcoin and back to the home currency,” said Ammous, who is a professor of economics at the Lebanese American University. “That’s never going to be a sustainable solution.”

Another non-starter, in his view, is the Palestinian Monetary Authority‘s publicly touted plans to create a national cryptocurrency. Ammous said it “completely misses the point to think of bitcoin as a payment solution that can be added onto existing monetary systems.”

“Rather, it [bitcoin] is its own monetary system and it will have its own payment solutions.”

Plus, Palestinian communities revolve around local trust networks and physical assets like cash, because high unemployment and poverty rates create urgent daily needs. According to World Bank estimates, 21 percent of Palestinians live below the poverty line on less than $5.50 a day.

In that context, volatile and illiquid assets are predominately useful for cross-border transactions, but not everyday ones.

On the other hand, tech industry optimists like Kassis take a different approach than Ammous or Ismail by engaging with the PMA.

Kassis’s Techno Park hosted its first blockchain boot camp the first week of September, with 29 participants ranging from students to entrepreneurs and government officials. By the end of the five-day technical boot camp, several developers were working on new applications. Representatives of the PMA have participated in the center’s educational programming.

“The whole ethos of decentralized ledgers plays into the [Palestinian] community’s need to talk peer-to-peer, that will enable Palestinian entrepreneurs to do business internationally,” Kassis said, adding:

“I think blockchain and fintech has a huge potential to change the dynamics of our economy and solve many of the financial constraints [by] leveraging the decentralization of the network.”

So far, the Techno Park’s blockchain seminars at four universities across the West Bank have discussed government-sponsored pilots, enterprise crypto services provided by companies like Ripple, and initial coin offerings, in addition to bitcoin.

“It’s all about bringing awareness and creating new markets,” Kassis said. “The younger generation is more knowledgeable about crypto, more than the IT departments at banks.”

And even if it’s too soon for bitcoin to make much difference now, Ammous said he believes that in the long term it has great potential to spark societal change.

Ammous argues that governments, including those in the Middle East, have been able to fund destructive ideas, such as wars, precisely because of their ability to issue unbacked fiat via central banks.

“The key thing is that the more it [bitcoin] grows, the more it will deprive governments of the ability to print more money,” Ammous said, concluding:

“I think, in the long run, this is going to be a very good thing for everywhere in the world, particularly places in the Middle East.” 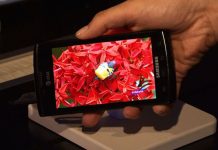