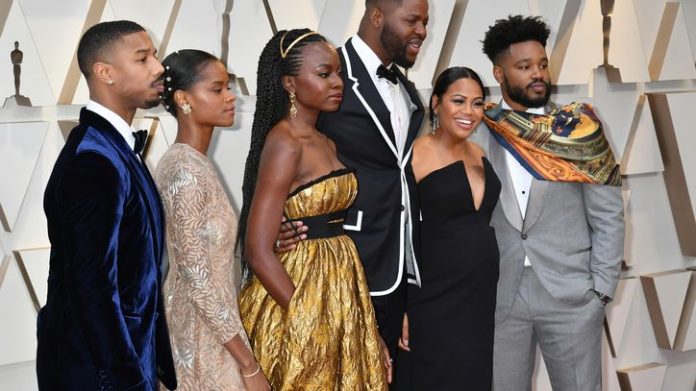 Wins from the 91st Academy Awards are in.

Though Roma and The Favourite led the nominations with 10 each on Sunday, it was Green Book that took the best picture gong, with Rami Malek and Olivia Colman winning big in the best-acting categories.

Here were our predictions, here are the standout memes from the night, and below you’ll find the top Oscars highlights and reactions.

Oscars 2019: How to write the perfect speech and go viral

Winner: Olivia Colman — The Favourite
Yalitza Aparicio — Roma
Glenn Close — The Wife
Lady Gaga — A Star is Born
Melissa McCarthy — Can You Ever Forgive Me?

Winner: Shallow — A Star Is Born
All The Stars — Black Panther
I’ll Fight — RBG
The Place Where Lost Things Go — Mary Poppins Returns
When A Cowboy Trades His Spurs For Wings — The Ballad of Buster Scruggs

Winner: BlacKkKlansman — Charlie Wachtel, David Rabinowitz, Kevin Willmott and Spike Lee
The Ballad of Buster Scruggs — Joel Coen and Ethan Coen
Can You Ever Forgive Me? — Nicole Holofcener and Jeff Whitty
If Beale Street Could Talk — Barry Jenkins
A Star is Born — Eric Roth, Bradley Cooper and Will Fetters

Winner: Roma
Cold War
The Favourite
Never Look Away
A Star is Born

Some were surprised, and less than ecstatic, about Green Book’s best-picture win.

Many were happy about Alfonso Cuarón’s best-director win.

Olivia Coleman quite possibly gave the funniest Oscars speech of all time. “Thank you, Lady Gaga!”

THE Josh Gad of THE Frozen had this to say.

But some weren’t as impressed.

Lady Gaga made history with her song Shallow.

And there was possibly another first involving Gaga.

Some were happy campers following Black Panther’s third win of the night for best original score.

Stephen Amell of Arrow was quite happy with Lady Gaga and Bradley Cooper’s Oscars singing performance.

The chemistry was palpable, apparently.

Spider-Man: Into the Spider-Verse achieved a historic feat.

Some happy reactions to the best animated feature winner.

Some people weren’t too happy with Bohemian Rhapsody’s win for best sound editing.

Some interesting tidbits coming out of Twitter. This one on horror films being snubbed at the Oscars.

People called back to this thread on Bohemian Rhapsody’s editing.

THIS is a highlight.

Macaulay Culkin had thoughts on the best makeup and hairstyling category.

Best documentary feature winner Free Solo had many happy supporters, in many categories.

Ben Schwartz of Parks and Recreation goodness pointed out the Oscars lack of a host.

What our global 5G speed tests taught us about battery life, cost and the weather

Disney’s Lady and the Tramp remake stars these rescue dogs