Earning CNET’s Editors’ Choice for its fast processor, smooth screen and great camera, the OnePlus 7 Pro is one of our favorite phones of the year. But unlike other premium phones, it hasn’t gone through the rigorous IP testing for water durability. In a 2018 interview about the OnePlus 6T, OnePlus CEO Pete Lau said the company skipped out on this because these tests cost money — money that OnePlus would pass on to its customers.

“The number of users that are taking their phone to go swimming are few and far between,” said Lau. To have everyone else pay extra “for the sake of an IP rating” in order to accommodate the one user who goes off and swims with their phone is “unreasonable,” according to Lau. At the time, Lau estimated that an IP rating would add about $30 extra per phone.

The rationale is somewhat contradictory since the price of OnePlus phones, though they’re still more affordable than the company’s high-end rivals, has been steadily increasing year over year.

In another curious move, when OnePlus launched the OnePlus 7 Pro, it released a video where it dunked the phone in a bucket of water. It then showed a disclaimer saying that the company makes “no guarantees regarding water/liquid resistance” and that its warranty does not cover water damage. Other phone makers have the same policy for their water-resistant phones too, but it was still a head scratcher of a video for OnePlus to make.

With all this in mind, if you have a OnePlus 7 Pro of your own, don’t try these tests at home — especially since you won’t get your money back.

There are a lot of videos online already that dunk the Oneplus 7 Pro for a few minutes underwater. From these outlets I knew there was a good chance the phone could survive a light splashing and an underwater dunk for at least five minutes. Because of this, I started my testing with a 10-minute submersion.

Fortunately, the phone survived. I was able to navigate the display, place a call, browse the internet and play a video. Audio was distorted and muffled, but that was likely due to the remaining water in the speakers. It later improved as I got more water out with an air compressor. I was also able to take photos with both cameras. The front-facing camera (which lives inside the top of the phone) had some water on it, but I quickly wiped it away, and the mechanism to pop it out worked smoothly. There was no water or fog under any of the lenses.

After a few hours to let it dry out, I dunked the phone again for 30 minutes. This is the standard method CNET uses for water-resistant phones that are IP-rated. It’s what I would consider the bare minimum requirement of a solid, water resistant phone. Once again, the phone survived. The phone’s screen, camera and connectivity were also all intact.

I then moved on to something more intense — a pool. Before I began testing though, the phone dried out in a container of uncooked rice. Though this method isn’t necessarily a tried-and-true method to salvage a water-damaged phone, I wanted to do what I could to help the OnePlus 7 Pro along. And since it was going to be sitting idle for a week until we found a pool to test it in, it couldn’t hurt.

I decided I was going to test this phone as if it were rated at least IPX7. That’s what most water-resistant phones are rated these days, and translates to 30 minutes in about three feet of water. The increase in depth increases the water pressure, which makes the likelihood of water getting into the phone even greater.

After about eight minutes in the pool, the phone’s screen shut off and the phone finally conked out. When I fished it out of the water after 30 minutes, the screen didn’t turn on. Whenever I pressed the power button, I did feel a single haptic buzz, but that stopped after a few minutes.

For some extra context, we submerged the iPhone XR and XS underwater, with the former meeting the IP67 standard and the latter rated IP68 (which is 30 minutes in about six feet of water). At a depth of eight meters, or 26 feet, the phones finally stopped working. The XR lasted around seven minutes while the XS survived a full 30 minutes with no obvious water damage.

I stored the phone in the same container of uncooked rice and examined it a day after the phone died. I pulled out the SIM card tray and observed that water had managed to seep inside. There were also droplets inside the rear camera lenses, which were also all fogged up by the moisture.

Even though the phone died at the end of this experiment (which was kind of the point), I still consider it an overall success for the phone. The OnePlus 7 Pro gave out after eight minutes in the pool, which may be enough time to scramble and save it if you drop it in yourself. Especially since, again, OnePlus’ warranty doesn’t cover water damage.

In any case, my unit definitely survived 30 minutes in a fish tank, and that’s plenty of reassurance for me. For one, that’s the threshold of a basic CNET test for water-resistant phones. Second, while I don’t advise anyone to go diving with the phone or take underwater photos with it, it’s durable enough to survive not only a brief tumble, but a rather long dip in a sink or toilet — which is how most people damage their phones when it comes to water. The phone may not have an IP rating, but now that there’s concrete evidence that it can endure a thorough dunk, it’s proven once again to be an outstanding phone. 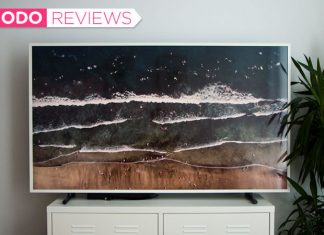 Bitcoin Will Not Challenge Gold as a Safe-Haven Asset: Equity Analyst