Governance is one of the hottest topics in crypto right now – and Decred developers’ take is that the community should decide.

And, by way of the release of a communication tool called Politeia, they will soon be giving that community $20 million in DCR tokens to manage.

Stepping back, Decred was built by a startup called Company 0, which has among its ranks developers that go back to bitcoin’s early days. For instance, Decred’s CEO Jake Yocom-Piatt built btcsuite, a software for interacting with bitcoin using Google’s programming language, Go, with several other developers that are now part of the Decred team.

In 2015, after spending several years building the suite, Yocom-Piatt penned a blog post where he recounts realizing that bitcoin’s lack of robust governance would eventually hold it back.

Calling the group of developers that maintain Bitcoin Core, the most popular implementation of bitcoin, “just another central planning committee,” Yocom-Piatt told CoinDesk: “If you weren’t part of Bitcoin Core, and you didn’t kowtow to them and do what they said, then basically anything they disagreed with wasn’t gonna happen. And that model really didn’t seem like it was viable to me.”

So he and his colleagues set about building an alternative.

They funded it to launch themselves. No token sale. No venture funding.

And since then, they’ve attracted interest from crypto-focused investors like Placeholder VC and Blue Yard Capital. Retail investors seem to be buying in too. The hash rate has increased dramatically this year as more miners put more powerful hardware to work on the network and token holders have staked some 46 percent of the total tokens minted, which locks those tokens up for on average 28 days (but up to nearly five months).

Something else has been happening behind the scenes as well.

That treasury account, which now has $20 million in it and is growing every five minutes or so as blocks are mined, is currently under the control of Decred developers, but very soon they’ll release Politeia and the funds will be in the hands of the community.

While Marco Peereboom, the chief technology officer of Company 0, wouldn’t commit to a specific release date, he said, the Decred developers are checking and rechecking the code to release the first live version of it any day now.

“We have been extremely frugal spending from the treasury, and we don’t consider it our funds. It is for the stakeholders to determine what it will be used for.”

The developers though have made and spent some money, though.

They paid themselves for the development of the protocol with a so-called premine – where developers of a cryptocurrency protocol generate a batch of tokens in advance of mainnet launch.

The premine accounted for 8 percent of the total token supply of 21 million tokens (just like bitcoin) – valued at around $820,000 at the time. But only 4 percent was used to pay the developers and the other 4 percent was airdropped to people to ignite interest in the protocol.

There’s definitely interest in the protocol now, in part because blockchain governance has been an important topic this year.

It’s the fundamental idea that bitcoin’s, and even ethereum’s, conflicts over the future of the protocol could be handled better should those technologies have more sophisticated governance methods.

This drove the whole development of the Tezos protocol. And ethereum competitor, EOS, had a similar idea, although its failure to launch with a fully developed decisionmaking structure has driven much of the discussion around that project.

Sure enough, EOS itself has a very similar pool of funds that developers are supposed to be handing over to the community, although without a clear method for deciding how to do that, the funds currently sit idle.

Announced last October, Politeia gives users a way to carry out conversations and community-wide decisions, vote them through and maintain a permanent record of such decisions. It allows the community to extend governance beyond verifying blocks into more complex issues, like grantmaking from the treasury or protocol upgrades.

According to Chris Burniske of Placeholder, a venture capital firm that has been very supportive of Decred:

“Politeia lays the foundation for other organizations – be they crypto networks or organizations in the broader universe of the world – to use Politeia as a governance mechanism.”

Currently, Decred uses a hybrid proof-of-work/proof-of-stake system that, according to Peereboom, “makes miners a commodity and hands ultimate decision making power to the stakeholders.”

Proof-of-work is a consensus algorithm where a distributed group of miners all compete to verify blocks of transactions by using hardware that solves mathematical puzzles. Proof-of-stake is an algorithm that puts (or elects) a certain group in charge of validating transactions.

On Decred, proof-of-stake participants double check proof-of-work miners’ blocks in an experience that is somewhat like a lottery, in that they have to stake tokens to get what Decred calls “tickets.”

Tickets are digital, like tokens. They sit in a user’s wallet and give that wallet a chance to vote on verifying blocks. The system aims to have 40,960 tickets staked at any one time.

Every block, five tickets get called at random to vote on each block. When that happens, the voting ticket holders get a small reward (as of this writing, about $44 in DCR), plus they get their stake back. It currently requires about $3,500 worth of DCR to stake for a ticket.

So block verification is like a roving committee for double-checking miners.

No one knows when one of their tickets will get chosen to vote. As such, many people keep DCR tokens staked to possibly get picked to vote and in turn, get some extra tokens.

Politeia operates on the assumption that people holding these stakes in the hopes of being chosen to verify blocks are long DCR, sophisticated about how it operates and interested in its progress.

So Politeia leans on ticket holders, too, but there’s no lottery on Politeia decisions. Every ticket gets to vote on the big decisions for the platform, such as updates and community events.

Anyone can push a proposal through Politeia, but only those with tickets can vote on them.

But the Decred developers also see a need for vetting proposals – because the internet can be a nasty place.

“We all know what happens on sites like Reddit and 4chan. They are cesspools of -isms that may result in legal liabilities when displayed. So we needed some much dreaded censorship capabilities.”

The architects then created what’s called a censorship token. Everyone who posts a proposal will receive a token that proves a proposal was posted. Admins will review all proposals before the rest of the community can see them, and abusive posts won’t go up.

Proposals get timestamped, with hashes logged on the blockchain using dcrtime, Decred software that builds on previous open source tools. Interested parties can read the proposals and discuss them online, and all the discussion gets logged as well.

But if a proposal is censored, the user can prove it with the token, and if it wasn’t abusive or offensive and instead was a legitimate proposal, it gives “the voice back to the submitter to prove that there is a bad actor in the admin ranks,” Peereboom wrote.

Once a proposal is approved, the voting period opens and those called to vote on a block will be able to make decisions about whether the proposals should get funded.

The most obvious and immediate use for Politeia will be to spend the funds in that ever-growing treasury.

As Yocom-Piatt said: “So if you have a great idea it can get funded, and – the way that this is sort of a website on steroids – is it takes all of the data on this proposal system, including the votes, and it anchors it into the Decred blockchain. “

A preview of the user interface is up already.

While later on, viewers will probably need to prove that they hold DCR to go in and post, Yocom-Piatt said, for now anyone can have a look.

Unlike authenticating blocks, voting on Politeia proposals doesn’t come with direct rewards to participants (just like voting in a nation-state election). But if it works well, it may reward everyone as the esteem and value of the whole network increases, which would likely push up the tokens price as well.

“Part of the Decred project certainly is a social experiment to see how far can we take decentralized sovereignty,” Peereboom wrote, adding:

“There are going to be good, bad and awful proposals and we will have to learn how to differentiate between them.”

Once the Decred team gets everything tweaked to work, the plan is to share the system with the world.

Although it’s not the focus right now, Decred’s developers believe that Politeia can manage decision making for more than just one blockchain. In an October 2017 blog post, Yocom-Piatt wrote, “The larger goal with Politeia is to create a resilient public record that mimics the function of typical nation state websites for their governance bodies, e.g. senate.gov or house.gov.”

But for now, once the governance system launched, users will have a way to agree on how to fix any vulnerabilities or change the protocol to align with the community’s vision for it.

Speaking to this, Peereboom said, “There is no way that all assumptions we have made will prove correct and we don’t claim – and we are in fact sure – that we got some things wrong. By having a change mechanism and process we can correct those assumptions.”

And Burniske, for one, is very much looking forward to the experiment.

“Politeia is the single biggest feature upgrade that Decred has had thus far in its life,” he told CoinDesk. “It’s really the materialization of what the Decred core team set out to build in the first place.”

UPDATE (20 September 14:25 ​UTC​​): A previous version of this story misstated the number of Decred users who vote on Politeia proposals. 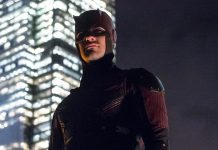