Apple and Samsung phones released over the last three years may be producing radio frequency radiation at levels higher than current Federal Communications Commission (FCC) limits allow, according to a report by the Chicago Tribune. Scientists and consumers have shown increasing concern radio frequency radiation from our devices may have adverse effects on human health, especially with 5G rolling out across the globe. The new report demonstrates older phone models, operating in the 3G and 4G bands, have the potential to exceed the FCC’s safe limits by up to as much as five times.

Smartphone manufacturers are required to abide by the FCC guidelines in regards to radio frequency radiation absorption by the body. The current measure used to determine the safety limit is known as the “specific absorption rate,” or SAR, and the FCC set this at 1.6 watts per kilogram (1.6W/kg), averaged over 1 gram of tissue. The FCC states that this limit is “well below that at which laboratory testing indicates … adverse health effects could occur.”

For a phone to receive approval, the FCC states that any device will never exceed the maximum SAR level, but the Tribune’s investigation shows a handful of older models do.

The Tribune’s extensive investigation tested 11 different models: Four iPhone models (the iPhone 7, 8, 8 Plus and X), three Samsung Galaxys (the S8, S9 and J3), three Motorolas (the e5, e5 Play and g6 Play) and a BLU Vivo 5 Mini. The phones were tested by RF Exposure Lab, an FCC accredited laboratory in San Marcos, California. The investigators placed smartphones within 2, 5, 10 or 15 millimeters of a “simulated body” — a mix of sugar, water and salt — and measured levels of exposure with a series of probes.

The results show that iPhone 7 radio frequency absorption levels were among the worst offenders, with a SAR almost two to four times higher than the safety limit when tested 2 mm from the body. The three Samsung Galaxy models also showed higher absorption at the same distance, with the Galaxy S8 topping out with a reading of 8.22W/kg, five times higher than the current standard.

The report states that the FCC will now conduct its own tests over the coming months but they told the Tribune the testing was “not as comprehensive” as those usually filed for official compliance reports.

The Tribune writes that the test “was essentially a worst-case scenario in terms of radio frequency radiation exposure” with consumers not experiencing the levels of exposure seen during testing. However, lab owner Jay Moulton did say this type of exposure “could happen in limited situations.”

Where does that leave us?

There’s no way to know if the readings from the investigation correlate with adverse human health effects. Currently, there is no strong scientific evidence that shows this level of exposure to be harmful. The investigation is only able to show that in these particular phones the SAR levels exceed the FCCs current limits. It is a small sample size.

There is some suggestion that the closer the phone is to the body, the higher the readings. But for a single test, every measurement at 2 mm from the simulated body was higher than from 5 or 10 mm. That does raise questions about the distance that manufacturers currently choose before their phone makes it to market.

The FCC also builds in a protective “buffer” for exposure limits. Although the tests exceed the current safety limit of 1.6W/kg, adverse effects are seen at levels on the order of 50 times more than the standard, according to the FCC.

As the investigation points out, phones often go into a low power state when brought close to the skin due to in-built sensors. The Tribune team did account for this in the Apple and Motorola phones, but not the Samsung Galaxy phones, including the S8 which provided the highest reading.

The FCC has been investigating whether this limit should revised in the wake of 5G phones coming to market, but on Aug. 8 declared the limit would not be changing. “The available scientific evidence to date does not support adverse health effects in humans due to exposures at or under the current limits,” Jeffrey Shuren, director of the FDA’s Center for Devices and Radiological Health, wrote to the FCC at the time.

A Samsung spokesperson told The Techy Trends “Samsung devices sold in the United States comply with FCC regulations. Our devices are tested according to the same test protocols that are used across the industry.”

Apple and the FCC did not immediately respond to a request for comment.

Colman Ma - September 13, 2018
0
The Republic of India may be taking a deeper look at how it can use blockchain technology. India's Union Cabinet – an executive decision-making body composed... 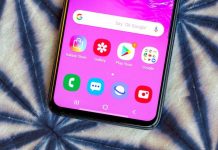 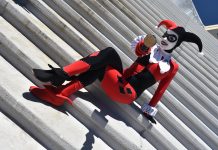