Crypto exchange OKCoin’s founder Star Xu has been released from a police department in Shanghai after 24 hours assisting an investigation into investors’ accusations that OKEx manipulated bitcoin futures on its platform.

Chinese business media outlet Caixin reported on Tuesday that, since the night of Sept. 10 (China time), Xu had been answering questions at the Shanghai police’s Weifang Xincun precinct.

Another business news source Cailian Press further reported Tuesday night that Xu was released after 24 hours and the case had been transferred to the police department in Beijing, together with materials gathered so far.

“Whether the Beijing department will launch a further investigation is up to them,” a police officer from the Shanghai precinct was quoted as saying in the latter report.

According to Caixin, the dispute stemmed from complaints made by a group of investors who claimed they lost a significant amount of funds on OKEx due to a system crash they alleged the platform orchestrated.

The investors went on to allege that their bitcoin futures positions were force liquidated on Sept. 5 when the price of bitcoin saw a major drop, but OKEx’s service crash in the meantime left them without enough time to clear their positions prior to the forced liquidation.

As of press time, OKEx had not published any statement on the alleged system issue. When questioned, a spokesperson told CoinDesk the company is”not aware of such a problem.”

Caixin indicated the group of investors spotted Xu’s whereabouts by following his personal trainer to the hotel where he was staying on Monday, and went managed to bring about a face-to-face dispute. Xu subsequently called the police, after which officers arrived to take both Xu and the investors to the police department for further questioning, according to the report.

On Tuesday morning, more investors who allegedly suffered from the system crash arrived at the Shanghai police station to submit materials seeking to prove their accusation, Caixin said.

The Weifang Xincun precinct couldn’t be reached for comment to confirm who initially called the police and whether Xu was questioned as a witness or as a suspect.

In a response to a CoinDesk enquiry, OKEx said:

“As far as OKEx is aware, it was Xu who called the police for help when he was surrounded and intimidated by a gang during his visit in Shanghai. The Shanghai police officers arrived the scene and invited all the related parties back to the police station. … Xu was then invited for questioning while the gang was detained. Then Xu left the police station.”

The firm further said that Xu was the founder of the OKCoin exchange but now is the head of OK Group. As such the company claimed Xu currently does not represent OKEx “in any way” since the exchange does not belong to the group.

Addressing reports in the crypto media yesterday suggesting Xu had been arrested, they also stated: “It is unfortunate that the story was twisted.”

A Chinese business registration database indicates that OKEx belongs to a company that also operates OKCoin. 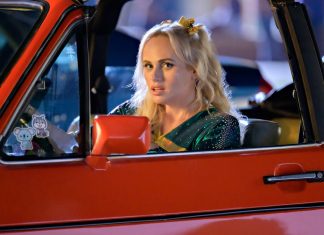 Five of the Most Promising Crypto Projects with Real-Life Potential