When Tron founder Justin Sun bought BitTorrent in one of the most talked-about tech acquisitions of the year, it turns out he wasn’t even the highest bidder.

What’s more, Tron wasn’t even the only crypto startup that wanted a piece of the pioneering peer-to-peer file sharing software company, CoinDesk has learned. Based on internal documents and multiple interviews with people close to the deal, CoinDesk is able to reveal Sun’s rival in his quest to acquire the influential Silicon Valley startup was one of Tron’s top competitors, the $1.5 billion blockchain project Neo.

Through its related venture capital firm, Neo Global Capital (NGC), the project made a much higher offer than Sun, a fact confirmed both by NGC and multiple sources familiar with the deal.

Tron did not reply to a request for comment. BitTorrent declined to answer requests as well.

Although first reported in June, Sun announced in July that he had acquired BitTorrent on behalf of Tron, the controversial blockchain project he founded in 2017 after leaving San Francisco startup Ripple. The acquisition marked one of the first times a crypto company had successfully acquired an established web company, leaving Tron investors thrilled (though the project’s skeptics were more suspicious).

At the time, observers speculated that Sun bought the company for its user base.

Tron and Neo have also faced off in other ways. Though their explicit goals are different, both projects seek to stake a claim in the already competitive market of creating faster, more scalable blockchains. Likewise, both claim a common competitor – the world’s second-largest blockchain ethereum.

Tron, which launched its network in July, aims to “decentralize the internet,” and has chiefly positioned itself as an alternative to ethereum, with Sun sparking controversy in April after tweeting that his project was “better.”

Likewise, Neo, previously called Antshares, has positioned itself and has been referred to as “the ethereum of China.” The project focuses on smart contracts, digital identity and digital assets, and has a $1.5 billion market capitalization to Tron’s $1.6 billion.

For all their similarities, though, the two projects did not offer BitTorrent the same deal. Despite bidding $50 million more than Justin Sun, BitTorrent’s board nonetheless said in the documents that NGC’s offer was “not more favorable to the company and its shareholders” and accepted Sun’s offer.

One further commonality perhaps sheds light on these peculiar circumstances. Both projects are based in China, and therefore must also face the obstacle of its capital controls.

But it turns out the Chinese government was not NGC’s primary concern.

Sun made the first move to open the bidding process.

According to documents detailing the acquisition, Sun approached investor David Chao at DCM, a venture capital firm which controlled most of BitTorrent’s equity, in late December 2017. However, Sun did not initially try to acquire BitTorrent as a whole.

Instead, he sought to purchase a controlling stake in the company by purchasing DCM’s preferred stock, which amounted to 99 percent of the total preferred stock. According to public documents submitted to the California secretary of state in June, each of these shares were valued at about $1.85 in the final deal.

However, the documents describe how Chao later insisted that Sun purchase BitTorrent’s common stock in addition to its preferred stock, for fear that common stockholders would be left empty-handed.

NGC entered the picture approximately one month after these discussions, and conducted meetings with DCM and BitTorrent. Unlike Sun, NGC sought to become BitTorrent’s sole owner from the start, offering $115 million for all preferred stock and $55 million for all common stock.

Zhu said NGC was interested because it hoped BitTorrent could build a decentralized file storage system that would be generally useful for any decentralized web project or blockchain.

At this point, the accounts diverge on one point: who backed away when.

In mid-February, NGC revised its offer to exclude a provision that would nullify the acquisition if it was not completed within six months, a change that appears to have been considered a drawback by BitTorrent and DCM.

Just one day after NGC submitted their revised letter of intent, BitTorrent and DCM determined that the despite the higher price tag, NGC’s offer was not as “favorable” as Sun’s offer. The documents specifically cited, “the risk of the transaction not being consummated due to the projected closing of such proposed transaction being late in 2018 and [NGC’s] primary assets being cryptocurrency holdings, which required an additional foreign currency conversion prior to the closing of the proposed transaction.”

At this point, he says NGC had become concerned about the Committee on Foreign Investment in the United States (CFIUS). At that time, attempts by companies such Huawei and ZTE to invest in U.S. telecoms was stirring up significant political controversy about Chinese access to American intellectual property.

In addition, the fact that BitTorrent’s primary architect, Bram Cohen, was committed to his new venture, Chia, and therefore unwilling to return to the company proved to be an impediment.

“We were not so sure that BitTorrent is technically advanced enough to become the decentralized file project we had hoped it would be,” Zhu said. Cohen has declined a request for comment.

From Zhu’s perspective, by expressing serious concerns about CFIUS and never revisiting the point, NGC was letting BitTorrent know it was walking away.

The documents acknowledge that there were subsequently adjustments to the price to account for “net working capital, outstanding debt and unpaid transaction expenses,” amounting to approximately $20 million more.

BitTorrent has yet to unveil a major new Tron specific project, other than becoming in August another Tron controlled super representative on the network.

Observers speculated at the time of Tron’s announcement that Sun had acquired the company for its user base or to lend legitimacy to his project, which has been plagued by allegations of plagiarism and failing to properly attribute code in its repository. Several employees have since left BitTorrent under its new owner, citing concerns about its new management and direction.

Like NGC, Sun also tried to compel several former BitTorrent employees and major holders of common stock, including Cohen, to rejoin the company. Sun later dropped this condition before submitting his final offer.

Founded in 2004 by Cohen and Ashwin Navin, BitTorrent is a protocol for filesharing in which users would download one file from multiple peers at once, which improves speed. At times, peer-to-peer filesharing represented a large amount of all internet traffic.

While challenges with its business model ultimately led it to shopping itself for sale, its architecture anticipated the decentralized web at the heart of today’s token boom. The inventor of most of its technology, Cohen, left the company in late 2017. Shortly before the sale finalized, BitTorrent acquired a small stake in his new company, the eco-friendly blockchain protocol Chia, as CoinDesk previously reported.

That stake transferred to Sun, who has since moved BitTorrent into Tron’s Silicon Valley office, establishing a beachhead in the U.S. for the Chinese company.

So far, Sun does not seem to have run afoul of CFIUS, as NGC feared. And the Chinese state is happy for domestic companies to acquire Western companies if there’s a good reason.

As GBIC’s Chen put it:

“Then the Chinese government will support you, but the process is still tedious and long.”

Colman Ma - September 15, 2018
0
PowerFans Boxing-Star Meeting Successfully Held in Wanzhou, Chongqing This is a paid-for submitted press release. CCN does not endorse, nor is responsible for any material included... 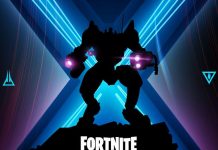