When we saw the Nobe 100 three-wheeled electric car last year with all of its adorable vintage styling, we kind of freaked out. This little Estonian EV was almost too handsome and it appeared to have some clever engineering going on too, so our excitement seemed to be justified.

Well, now, just over a year later, Nobe has announced that it’s taking preorders for the 100, which is exciting, except that it’s doing it through Indiegogo. You know, Kickstarter’s cousin, aka the place you slapped down a bunch of cash for a Skully AR-1 motorcycle helmet or a Skarp laser razor and never saw it again.

Still, if you’re feeling bold, you can put down $29,000 of your dollars on a Nobe 100, which works out to 19% off the planned retail price for the vehicle. Nobe plans to have the vehicles delivered by January 2021, though it’s not clear if we’ll be able to enjoy them in the US.

Other rewards for the Indiegogo campaign include a $1,000 voucher to go toward the price of purchasing a Nobe 100 for a pledge of $690, a Nobe t-shirt for $60 and four summer weekend rentals of a Nobe in the Baltics for $950.

In other Nobe news, the company is claiming that the 100 is fully recyclable, which, if true, would be supercool. For context, most cars today are believed to be around 75% to 85% recyclable, so finding a way to make that last 15% or so more eco-friendly would be a step forward.

Just as a refresher, the Nobe 100 has a claimed range of approximately 161 miles and a top speed of just over 80 mph. Nobe claims it will make the run to 60 mph in 5.9 seconds. There are also plans for a “battery suitcase” that can be added to or removed from the vehicle easily to extend range when necessary.

Colman Ma - September 27, 2018
0
Former Tesla Employees Swiss Roadshow Event for Electric Vehicle Platform EVAIO This is a paid-for submitted press release. CCN does not endorse, nor is responsible for... 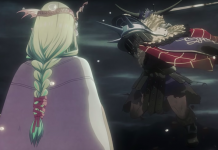