First the bad news, Harry Styles is not playing Prince Eric, the role he was clearly born to play, in the upcoming live action remake of The Little Mermaid.

Earlier today both AMC Theatres and Regal Cinema tweeted that Styles would be playing Prince Eric, but those tweets were subsequently deleted. Later The Wrap wrote that Harry Styles had respectfully declined the role. Which is insane because his potential casting made so much sense.

But look, it’s not all bad. There are many potential Prince Erics in this world.

We decided to round up some of our favourite alternatives. Tell us we’re wrong! (We’re not wrong.)

OK, some of these are wrong.

Alright I have two top choices. My first, of course, is Dev Patel. Not only is he a brilliant actor who exudes a strong princely aura, his hair is something straight out of a Disney animation. It has a life and personality of its own. Every Disney prince needs luxurious hair. Plus, he already has the British accent, and everyone knows that a proper prince has a British accent (save only for The Artist Formerly Known As Prince, because he can do whatever he likes God rest his soul).

I really trust Prince Dev (or Devvy as I call him) to respect Ariel as an individual and an equal partner, to support her hopes and dreams. IN ADDITION, we are being gifted with two period dramas featuring Dev Patel in the next 12 months, so we do have confirmation that he looks very good in a waistcoat. He was made to wear mid-19th century finery. Dev Patel is the human embodiment of a cinnamon bun that is just too good for this world. We’re talking about a mermaid who gives up her voice to be with a dude — it can’t just be any dude. It has to be the best. And the best is Dev Patel.

My second choice is Timothee Chalamet because he’s very chiseled and looks like a European Prince but honestly? I used all my passion arguing to Dev. Timothee I can take or leave.

OK having time (three minutes) to think about it, Timothee would be a good choice if this Little Mermaid is written with the “Men Ain’t Worth It” angle. He’s chiseled and perfect, but could easily play a one-dimensional Prince with nothing to offer but his looks and money. I’m sure Timothee is a lovely, deeply complicated individual who has a lot to offer — but I have faith in his ability to play the Boringly Beautiful Dude. I can just see it — Ariel gives up her VOICE, her HOME, her DOPE ASS TAIL for a dude and he turns out to be a dud? And she’s like REALLY? So she scams her way back to her own watery kingdom and rules over it like the wonderful Queen she is. Maybe she finds love with a mermaid who’s fun at parties, but maybe she doesn’t. Who cares? She’s Ariel, daughter of King Triton, she’s got it made.

Seriously, that’s my whole argument: Gavin Leatherwood is lovely to look at, and a terrific actor on the slasher-hornfest that is Chilling Adventures of Sabrina so let’s just keep the party going. Plus he’s age-appropriate for the 19-year-old Halle Bailey cast as Ariel.

Also, while we’re at it, can we please update the film? After the tryhard-feminism of ChAoS, I’m gonna just trust that Gavin would be OK with a reduced role. No woman should give away part of her soul for a man, and it feels like most of us who loved the animated classic can heartily admit looking back that it was Problematic.

Look, it would be a brave choice. Picking Japan’s most handsome professional wrestler to play the role of a charming Prince, but we live in the age of brave casting choices and this could be Ibushi’s big mainstream break.

Also he has interesting hair. Which is a pre-requisite.

But in all seriousness, I think that Jaden Smith would be an exciting and talented choice.

Joe Keery from Stranger Things! Because that level of hair structure covers at least half of prince criteria surely. Evidence:

I’ve never seen A Little Mermaid. I don’t know what a Prince Eric is. When I was asked to contribute to this, I thought there was a new royal baby getting a major motion picture made about him for some reason.

Anyway, it should be John Cena. Cena has sufficiently square jaw to be the generically-handsome Disney prince guy, but he’s also super funny and could play the role subversively if need be.

Anyone, because it doesn’t matter

Hot take: Prince Eric is a lame character and my daughter’s Barbie doll could play him. No, really. Who voices him in the animated movie? I had to look it up, and immediately forgot. He’s a nice, bland prince, in a way (just like Prince William — HEY-O!). Great teeth. Nice blue eyes. He doesn’t pull the rug out from under Ariel like that murderous Prince Hans does to Anna in Frozen. But this is not his movie. It’s not called “That Prince Who Married the Little Mermaid.” It’s Ariel’s movie. Casting Harry Styles would have shifted a lot of attention to Prince Eric, and honestly, I’d rather they give another song to Flounder. 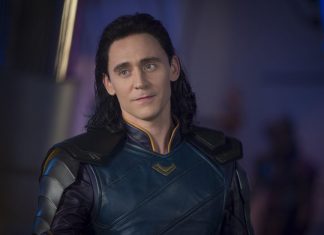 Bernie Sanders calls out Apple over $2.5B Contribution for California housing... 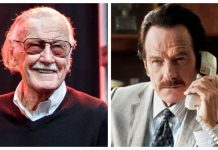