Super Nintendo World is less than a year away from opening at Universal Studios Japan and will have two rides, along with games, merch and food, Comcast said Wednesday. The two rides will be a Super Mario Kart ride and an attraction called Yoshi’s Adventures. The area will be built on three levels, the company said.

The Mario-themed world, which had a groundbreaking ceremony in June 2017, will be interactive. Visitors will get a wristband with a “big red Mario symbol on it,” Thomas L. Williams, NBCUniversal CEO of Universal Parks & Resorts, said Wednesday. The details were announced during Comcast’s Media, Communications and Entertainment Conference, as reported earlier Thursday by Attractions Magazine.

“The entire land … is built on three different levels,” Williams said. It will have Bowsers in Princess Peach’s castle, he said, and “all the different key elements.”

“The wristband is super cool. It’s all magnetic. You slap it at your wrist, and it just snaps on, and it won’t come off,” he said. “You’ll be able to go up and keep score and play with the various games, and that also translates to a score-keeping capability if you choose to do so within the rides.”

It can also send that info back to your Nintendo gaming consoles, with progress saved for next time you visit the theme park.

The Nintendo areas will be launched at all parks around the world, Williams said, apart from Universal Studios in Beijing because “there’s a tension between a Japanese product and China.”

“The first … will be in our park in Osaka, Japan,” said Williams, who added it’ll open next spring. “So a whole incremental footprint to the park.”

He couldn’t say when it’ll reach parks in Hollywood and Orlando. “But we’re bringing it. You can count on it.” 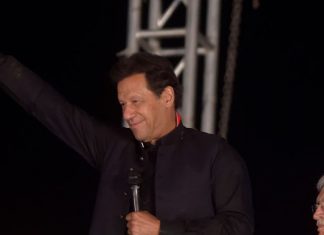