One of the world’s most popular video game streamers, the blue-and-red-haired Tyler “Ninja” Blevins, has taken to Twitter to air his grievances with video streaming Goliath Twitch, after pornography appeared on his offline channel on Sunday. After dropping Twitch video and moving to rival platform Mixer earlier this month, Ninja’s channel was being used to promote other content across the platform.

Blevins made his name streaming Fortnite and had amassed around 14.5 million subscribers on Twitch before jumping ship to Microsoft’s Mixer on a new exclusive deal. His Twitch channel remained available to view, but offline, with Twitch taking the unusual step of promoting a feed of “popular Fortnite channels” across the streaming service in place of the usual offline page. The top channel on that feed featured hardcore pornography.

Blevins took to Twitter with a message for his followers that he was “disgusted and so sorry” about the mishap.

A subsequent tweet stated “this wouldn’t even have been an issue if they didnt (sic) use my channel to promote others in the first place.” Blevins notes this practice isn’t the norm for Twitch streamers who have changed platform, with dormant channels usually featuring a breakdown of the streamers channel information. Not so for the ridiculously popular page run by Ninja, however, with a message that read “the streamer you’re looking for is in another castle.”

Shortly after Ninja’s video went live, Twitch pulled the plug, reverting the channel to the normal state and removing the message.

Twitch did not immediately respond to a request for comment. 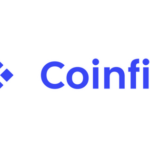