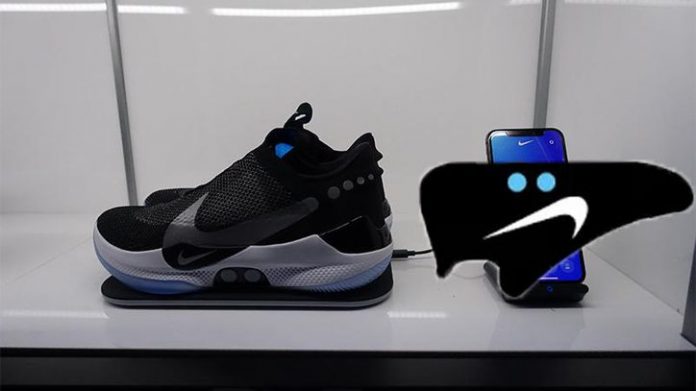 A faulty app has tripped up Nike’s $350 self-tying shoes.

Nike released the Adapt BB, its tech-infused sneaker, on Sunday during the NBA’s All-Star game, along with an app that can control the shoe’s fit and light-up colors.

You’re able to loosen and tighten the sneakers through two buttons on the sneaker’s side, but Nike executives talked up the app experience, saying that it would also help you with your fitness activities in the future.

The Adapt BB needed a firmware update in its first week, which could only be installed via an iOS or Android app, Nike executives said in January.

Nike’s self-lacing sneaker will be worn in the NBA

But for people using Android, the app for the self-tying sneakers hasn’t been a perfect fit. Multiple reviews for the Nike Adapt app on Google’s Play Store said that it hasn’t connected to the left shoe, and an update rendered the sneaker’s main feature useless.

You’re still able to wear the sneakers and walk around in them, but all the smart features from the app stopped working with the update, frustrated users said.

“The first software update for the shoe threw an error while updating, bricking the right shoe,” Asa Domolky, a reviewer, wrote on the app.

The iOS version of the app has had less trouble, with over 150 reviews and mostly positive experiences.

“We are seeing isolated connectivity issues related to the setup of the Nike Adapt BB and are actively working to resolve it,” a Nike spokesman said in a statement. “If a consumer experiences this, we encourage them to contact Nike Consumer Services.”

Faulty updates that end up disabling wearable devices have happened before. Apple pulled its Watch OS 5.1 update after it appeared to brick Series 4 Apple Watches.

Bricking tends to render devices completely useless, but at least the Adapt BB just turns into a regular pair of sneakers. You’re also still able to control the fit through the buttons on the side.

The Android app’s issues have Jonathan Warner, who ordered a pair of Adapt BBs, worried that he’ll mess up the $350 shoes. He said he ordered them before checking the reviews for the Android app and grew concerned once he saw the flood of complaints.

He said he’s been asking his friends to borrow an iPhone to connect his sneakers when they arrive.

“I’m afraid to set mine up when they come, that’s why I need to borrow an iPhone,” Warner said in a direct message. “I’ve made some bad life decisions, I think.”

If you’re having trouble with your pair of smart sneakers, you can reset the shoe’s software by holding the buttons on the side.

Nike has had self-tying shoes in the past — the $720 HyperAdapt 1.0 — but this is the first time it’s used an app to connect to the sneakers. The app also shows you the battery life left on your shoes, and you can set profiles for situations such as whether you want them to be loose when sitting at a desk or tight for running.

Space in 2019 will be all about the moon, and one weird asteroid