The NHTSA has opened a preliminary evaluation into the Subaru Forester after receiving multiple complaints about the vehicle’s airbag sensor. In total, the NHTSA document dated Aug. 6 claims the agency has received 51 complaints so far.

Currently, the investigation covers 553,692 Foresters from the 2016 to 2018 model years, though it’s only an estimated number so far. Per the document, owners have complained of the occupant detection system failing to turn on the front-passenger airbag when the seat is occupied. Further the document included reports of the SRS light illuminating in the dashboard.

Of course, if the airbag fails to deploy in the event of a crash, there’s a increased risk of injury. Roadshow reached out to Subaru for comment on the investigation but the automaker did not immediately respond. Per the NHTSA document, the agency has not received any reports of crashes, fires, injuries or deaths involving the alleged problem. It’s unclear at this time if Subaru has received any reports, but we will update this story should Subaru respond to our request.

The Forester is one of Subaru’s most popular models in the US, and just last month, the automaker said it sold its two-millionth Forester in the country. 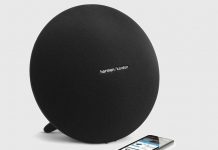